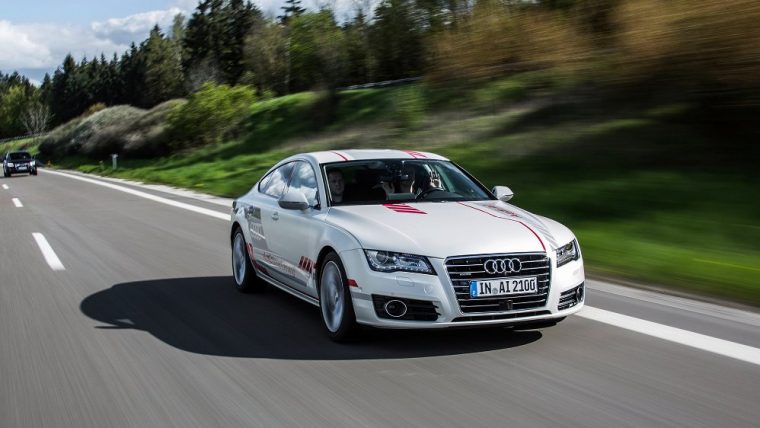 Autonomous driving technology is all the rage, and pretty much every automaker is doing what they can to research it. Audi calls its programming “piloted driving”, and is currently testing the technology on a specially-outfitted Audi A7, which has been learning how to drive from humans.

That’s right, a driving computer is learning how to drive from humans. Several autonomous cars, like those from Google, have been involved in accidents because the driving was just too perfect. Audi’s test car, named “Jack”, watches the cars around it to learn how to be a more natural driver. Since the beginning of the program, Audi says that Jack has begun to give trucks more lateral room when passing them, and when it indicates that it is switching lanes, it moves closer to the lane markings, just like a human driver.

While this Audi A7 is learning the ways of the road, it is hardly Audi’s first foray into self-driving cars. A driverless Audi TTS conquered Pike’s Peak and then carved the automaker’s logo into a salt flat. The brand also has taken driverless cars onto roadways in Las Vegas and other American cities while demonstrating the technology.

Audi To The Rescue: Learn more about Audi’s role in the latest Captain America movie

The Jack test car’s next task is to learn how to drive off highways and on city roads, and will have its first lesson exiting the Autobahn at Ingolstadt-Süd. Audi and the city of Ingolstadt have a plan to work together and experiment with different types of roadways and sensors to see what works best with driverless cars. We can’t wait to see what comes next from the automaker.