Austin Dillon’s Daytona Victory Recorded for Posterity on His Posterior 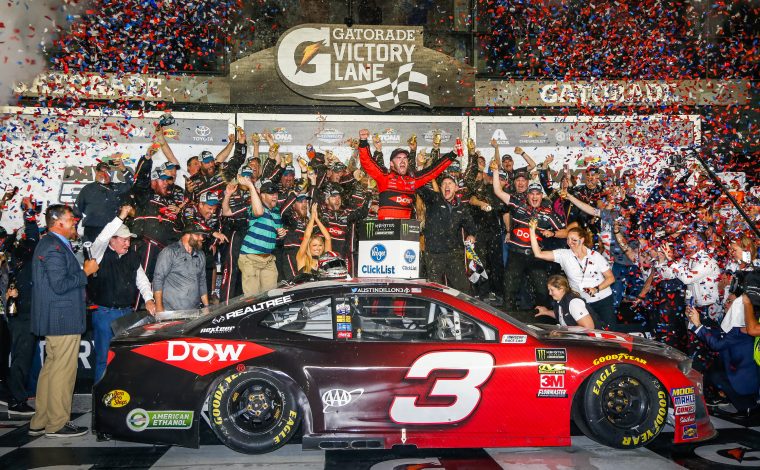 After this photo was taken, Austin Dillon went out and got a tattoo on his butt to celebrate his 2018 Daytona 500 victory.
Photo: Ashley Rae Dickerson/HHP for Chevy Racing

In this year’s Daytona 500, Austin Dillon wasn’t about to bring up the rear … but he did get a tattoo there afterward.

Dillon took the lead on the last lap Sunday and drove Chevrolet’s Camaro ZL1 to victory Sunday in a crash-filled race. That night, he and his crew celebrated by getting their tushes tattooed. Dillon’s tattoo shows the Daytona 500 logo with the word “champ” under it, although that couldn’t be independently confirmed.

“You’ll never be able to see it,” Dillon said at the winner’s news conference Monday. “It’s pretty cool looking today. (My wife) Whitney is probably the only one that is going to see it for awhile.”

Turns out the tattoo experience was a bit of a pain in the posterior for Dillon. “It hurt,” he said. “It feels OK this morning, but one of my boys smacked me on the butt when I came over here, and I was like, ‘Easy, guys.’” 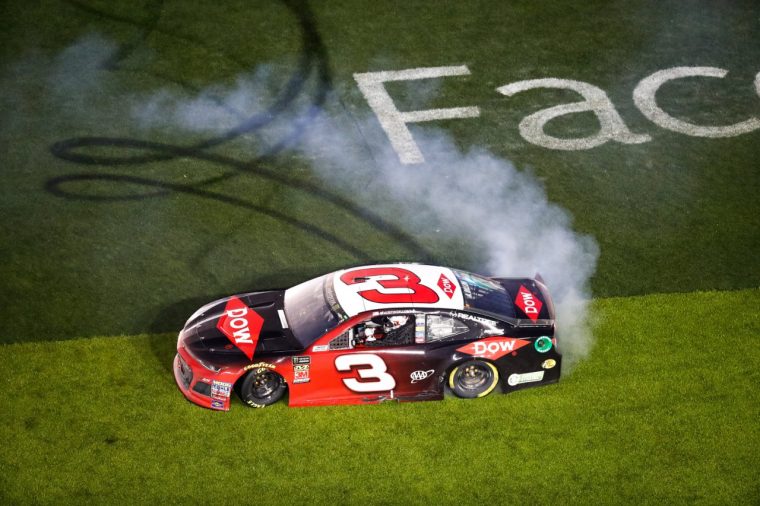 All right, that’s enough about Dillon’s derriere. It would have been a big day for him even if he hadn’t won, because he was driving a No. 3 Chevrolet, the legendary number associated with Dale Earnhardt. After Earnhardt was killed in a Daytona crash in 2001, No. 3 was dormant until the Richard Childress Racing team brought it back in 2014.

Dillon’s win was the 24th for Chevrolet at Daytona, more than any other automaker. It was the first win for the Camaro ZL1, still in its inaugural season.

“Winning the Daytona 500, the most iconic race of the year, is absolutely incredible,” said Jim Campbell, Chevrolet vice president of Performance Vehicles and Motorsports. “It is a goal every year.”