What does the red shield logo mean and where did it originate?

Have you ever passed a car on the road with this unusual badge on its fascia? If you didn’t recognize it, you’ll be happy to know you’ve seen one of the late Chevrolet Monte Carlo models. While some of these models used the iconic Chevy bowtie emblem, many bore their own unique badge: a red shield topped with a silver helmet.

Not much is actually known about the development of the Monte Carlo badge. Despite a dozen forums online questioning where the logo originated and what influenced it, no one has a definitive answer. Certain theories exist, but hardly any documentation exists publicly to support or disprove any ideas. In fact, so little information on the red shield badge exists that it’s hard to even develop a viable theory.

What We Know About the Chevy Monte Carlo Shield Emblem 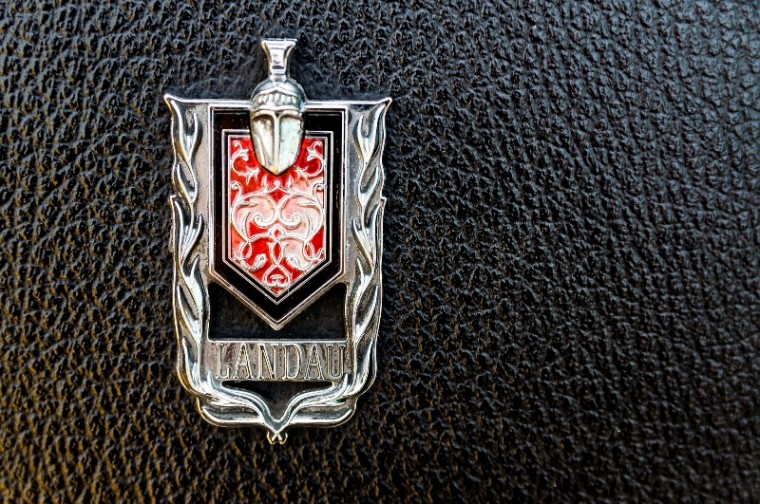 Chevrolet introduced the Monte Carlo in 1970 to compete with luxury coupes like the Pontiac Grand Prix. The first-generation Monte Carlo model, produced from 1970-1972, featured an intricate grille badge. The red crest logo appeared on Monte Carlo models on and off for the next six generations until the car was retired by Chevy in 2007. Throughout those years, its knight-like badging because part of its identity.

Many people assume the emblem is purposely European and regal in design to suggest the reputation of the area after which it’s named. But it might have another connection to Monte Carlo.

Monte Carlo, the famous region within Monaco, is Italian for “Mount Charles.” It’s named after Charles III of Monaco, a prince and Duke who turned the area into a thriving destination by developing the area’s casino. His royal crest was the basis of the coat of arms for Monte Carlo, which later influenced the design of Chevrolet’s Monte Carlo badge. 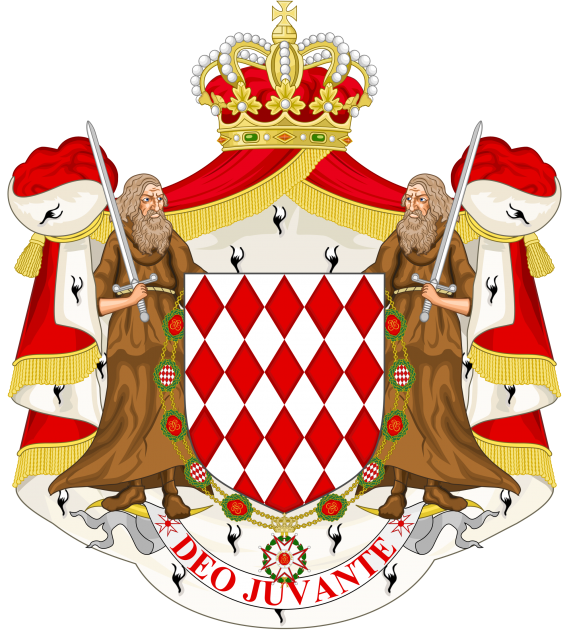 The city crest features a royal crown atop a checkered red-and-white banner, while the first Chevy Mote Carlo badge involved a helmet atop a red shield. It’s not identical–especially with the coat-of-arms’ drapes and posing men with swords–but similarities are noticeable.

However, the helmet on the car’s badge isn’t a knight’s helmet but a Roman centurion’s, which adds to the mystery. In fact, some claim the red shield is even Roman-influenced. But like the rest of the emblem, we don’t know for sure why Chevy chose this design. Do you have any ideas why Chevrolet created this logo for the Monte Carlo?

Love thinking about the secrets behind automobile logos like Monte Carlo’s? Check out the rest of our Behind the Badge series examining automotive brand logos!