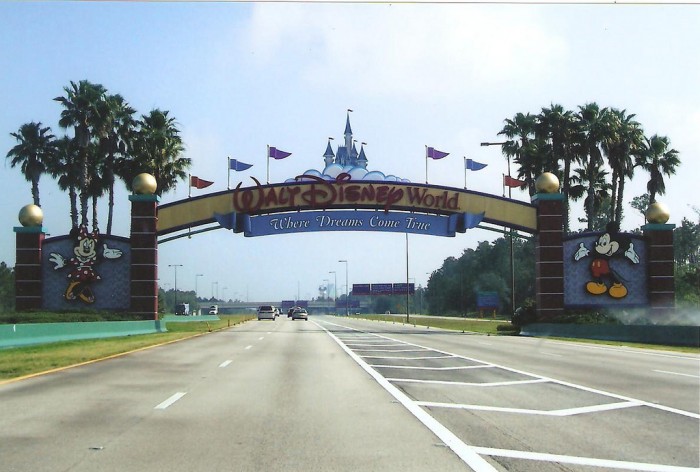 If your family is looking for a touch of magic, look no further than Disney World. Located in Orlando, Florida, this amusement park is considered one of the most visited attractions in the world, with over 52.5 million people enjoying its sights annually. Disney World stretches over 42,000 acres, with 24 themed resorts, four theme parks, two water parks, and numerous other recreational venues. Considered one of the most perfect places for families in the world, there’s no going wrong with the wonderful world of Disney.

Depending on where you wander throughout Disney World, what you see can change completely. You might find yourself on a safari, pointing out hippos in the Africa section in one moment, then dinosaur fossils in DinoLand U.S.A. the next, or you might even be walking through Hollywood Boulevard, lined with merchandise shops and themed streetscapes. Each theme park within the resort seems as if it’s a whole new world, opening both yours and your child’s eyes to the magic that is Disney.

With endless possible attractions to visit, deciding what main sights to see can be difficult. Depending on the theme park you’re spending time at, the choices can change daily. If Magic Kingdom is on your schedule for the day, we suggest you don’t miss the Pirates of the Caribbean attraction or the well-known (and -loved) Space Mountain. For a visit to Epcot, make sure you check out the Imagination Pavilion, which shows three different 3D movies. The Streets of America is also a beautiful sight to see, along with Pixar Place and Animation Court. The options are endless and we suggest you take a look here to plan your trip ahead of time!

Though the park wasn’t officially opened until October 1, 1971, Walt Disney formed the idea for Disney World in 1955 as a supplement for California’s Disneyland. When the park first opened, it consisted solely of Magic Kingdom, three other resorts, and a golf course. Throughout the years, the park continued to grow with the most significant additions of Epcot in 1982 and Animal Kingdom in 1998, making it the beloved vacation spot it is today.