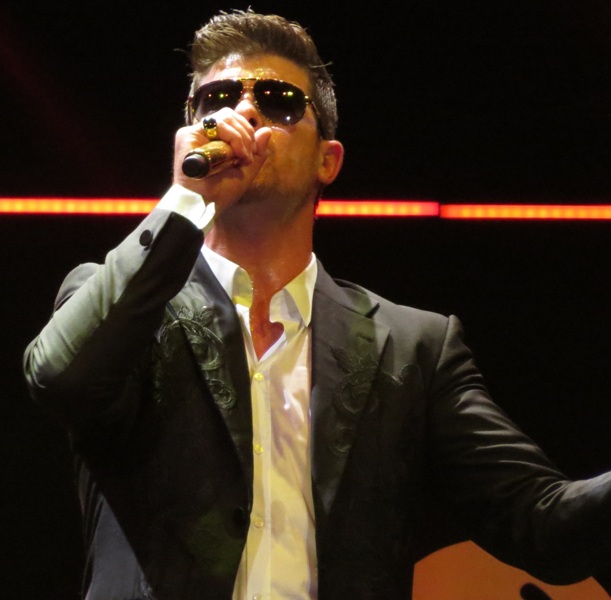 Robin Thicke wants to “Give It 2 U” (as in, the workers of the Hyundai Alabama assembly plant)
Photo: Wikimedia via CC

Forget Alan Thicke making babies to his son’s music–the Hyundai plant in Alabama is making cars to Robin Thicke’s music. A Sunday night concert at the Garrett Coliseum for thousands of employees and supporters commemorated the 10-year anniversary of the facility with an exclusive performance by Grammy-winner Robin Thicke.

The Montgomery, Alabama, Hyundai assembly plant–which produces around 1,500 vehicles daily–celebrates 10 years since its production lines started rolling on May 20, 2015. The concert will be followed by other events on the official date, this Wednesday.

The Hyundai assembly plant in Alabama originated in 2005 when then-governor Bob Riley and Hyundai Motors worked out a deal to bring Hyundai production to the state. On May 20th, executives from the company and former President George H.W. Bush visited the ribbon-cutting ceremony.

The monumental $1.1 billion facility, which spans more than two million square feet, currently employs thousands of workers (between 2,000-3,000 twerkers workers). The plant has also attracted business from suppliers, bringing another 5,500 jobs in the past 10 years.

“When you set a manufacturing and automobile plant here in this type of community, it really solidified what is really good for the people around here,” said Vice President Chris Susock. “Bringing in the supply base business economic impact that it has and the growth that we have been able to accomplish here over the past 10 years really put Hyundai in Montgomery in a better light.”

The facility, which produces the best-selling Elantra and Sonata, has been negotiating the establishment of another assembly line. The plant will produce an estimated 400,000 units this year, including the plant’s 3 millionth vehicle next month.