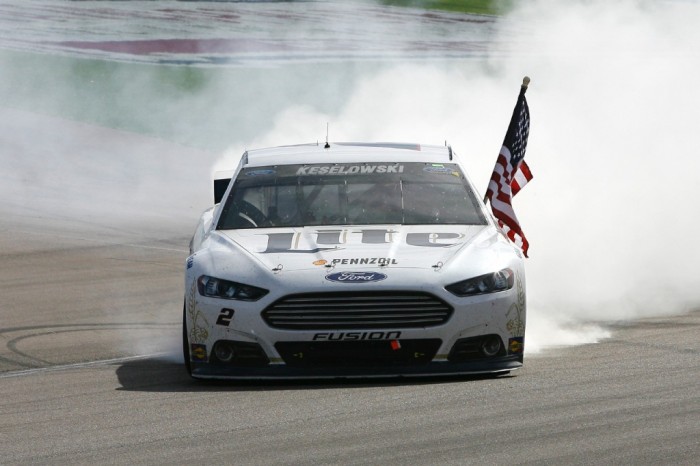 This past weekend was one for the books for Brad Keselowski and Ford’s NASCAR presence. Brad Keselowski’s NASCAR victories this weekend—both in the Nationwide Series and the Sprint Cup Series—marked the first time a Ford driver won both events all in one weekend since Carl Edwards pulled it off four years ago in Phoenix, Arizona. 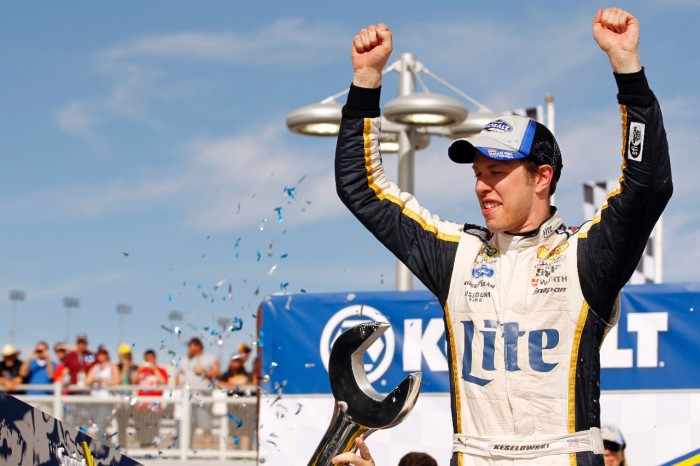 The win at the Sprint Cup race was the Blue Oval’s 619th in the series history and the 8th for Ford at Las Vegas Motor Speedway. This is more victories than any other auto manufacturer has at that speedway. 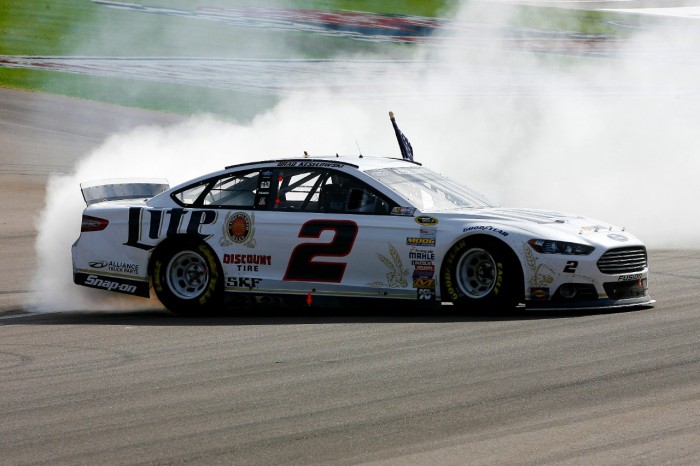 Celebratory Donuts by Brad Keselowski after his Sprint Cup Win

“It’s great to be here. I’ve seen a few of you before and some a little too soon ago, but I’m glad to see you again and glad to be back here in victory lane,” said Brad Keselowski. “It’s very special to get a win early in the year when it’s just such a reliever for everyone on the team and myself included to get that win in early and be able to enjoy the races and opportunities that we have, instead of being stressed out about them. I think, if anything, it actually lends itself to better racing. The chance that Dale and Stevie took with the 88 car was way out there and it was a good risky move on their part because they had nothing to lose because of this format, so I think that shows some of the opportunities that come up and how they can be stress-free days. I’m looking forward to being able to take those same opportunities because, believe me, I’m not scared to take them and I know Paul’s not, so look out. It’s gonna be a lot of fun.”