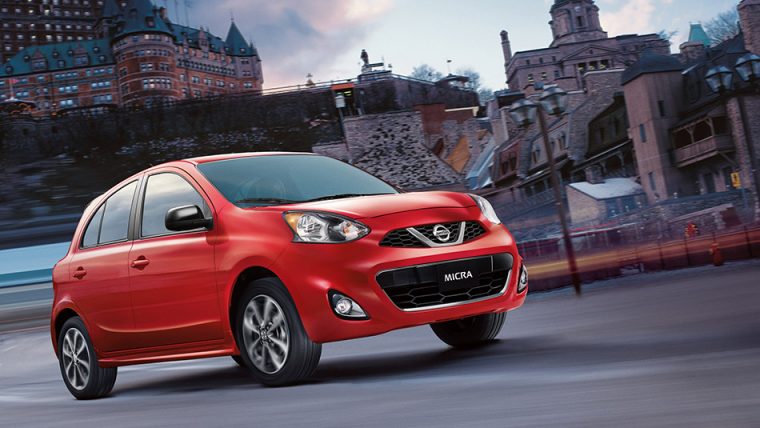 In case you were not aware, David Cameron is the Prime Minister of the United Kingdom and the leader of Britain’s Conservative Party. He doesn’t have the same cool style as President Obama, but the Cameron stamp of approval can still make a business’ day. Nissan should be very happy to know, then, that the world leader has just purchased a used Nissan Micra in Oxfordshire.

To be clear, the Nissan Micra is not for the Prime Minister himself to drive, as he is chauffeured about the country in bulletproof cars within protective motorcades. This tiny Nissan is meant for Samantha Cameron, the Prime Minister’s wife.

When the boss of Witney Used Car Center, Iain Harris, heard that David Cameron was coming to his dealership, he thought it was a prank. Harris reports that the Prime Minister came to see the car, and then returned to make his purchase. He committed the ultimate car shopping no-no, though, by declining to negotiate on price, choosing to pay what was posted online. Carscoops and Mr. Harris are quick to point out that the tiny blue car was only priced at £1,495, about $2,200, so there really wasn’t a lot of wiggle room with a price tag like this.

There has been no comment if Samantha Cameron had a hand in the decision making process that lead to the purchase of the Nissan Micra, but the versatile car will be great for driving in cities and along some of Britain’s narrower-than-average roadways. However, let’s hope that no swarms of bees find it and make it a hive.