You Can Sleep in a Tesla Hotel for $85 a Night, Plus Tip 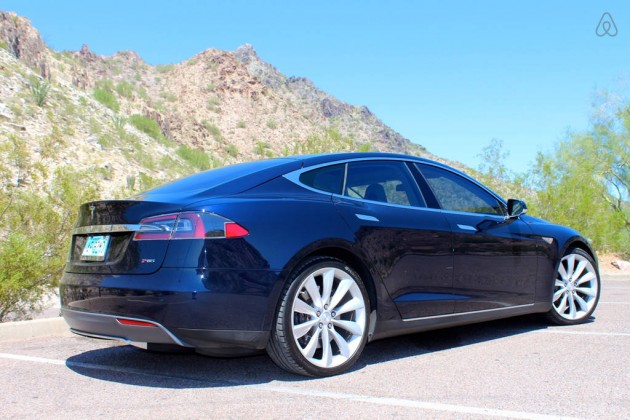 You can sleep in a Tesla if you’re in the Phoenix area and have $85 to spare.
Photo via Airbnb

In my college days, I slept in many a strange place: an aerobics room in a mansion in a Dayton suburb, a hotel bed with four other people after getting drunk at a haunted house, and, perhaps my favorite, on a dining room table with a paper towel blanket. Never, however, have I slept in a stranger’s car just for kicks, but, of course, I’ve never known anyone with a Tesla who’d make that offer.

The man making the offer is Steve from Phoenix, who is advertising the world’s first Tesla hotel on Airbnb. Guests can rent his Tesla, parked inside his condo’s garage, for $85 a night. The price may sound steep at first, but Steve is no Scrooge. He’s happy to throw in access to his condo, including the living room, TV, private bathroom and shower, and even the kitchen—though it’s unclear if the contents of the fridge are off limits. Guests will also enjoy courtesy pickup and drop-off service at Sky Harbor Airport if your schedules match up because, let’s face it, Steve’s a busy guy. But if he is unavailable to pick up his guests, he recommends using Uber, and even offers a promo code for one free ride.

Inside what Steve calls the “Tesla Hotel,” guests will find a giant airbed (6’6” by 3’) with pillows, fresh sheets, and even a blanket. And, to top it all off, Steve provides two battery-operated candles. Yes, Steve wants you to get it on in his Tesla, and he’s happy to set the mood with candlelight. 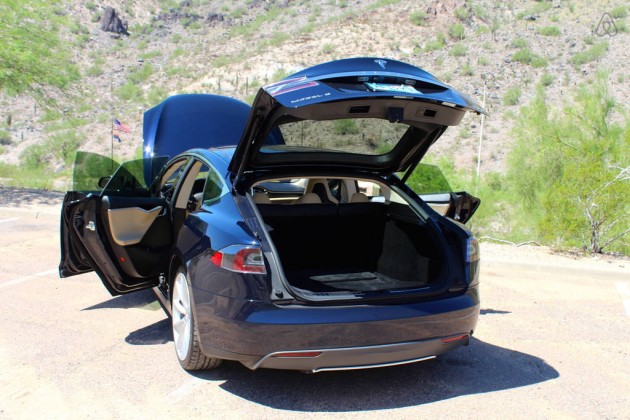 Such a roomy lodging area.
Photo via Airbnb

Because the Tesla is 100% electric, guests can use it all night to control the temperature or even listen to internet radio.

The one downside? Steve is a working man, so he needs his car back by 8am, though he’s open to negotiate with guests if they want to sleep in later. And if he absolutely must go somewhere but his guests are still in a sleeping mood, he’ll let them come back inside the condo to crash on his couch. 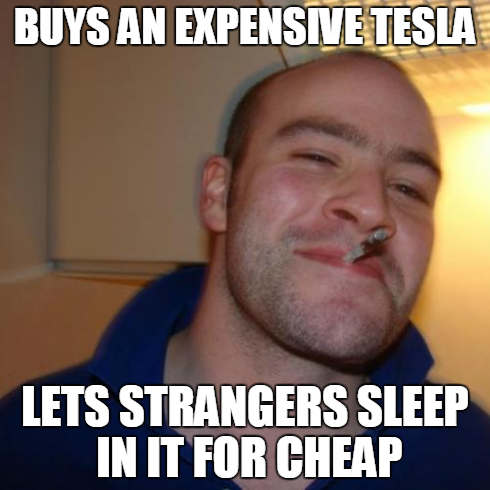 And if you think I’m joking, I’m absolutely not. The dude has his Tesla booked through the end of January already and has some guests rent it out for a week at a time. If you’re travelling to the Phoenix area and have long dreamt of the day you would get to sleep in a Tesla, check Steve out. He’s got great reviews and is even willing to drive you around in his Tesla to show you the area.

Now that’s how you travel in style.