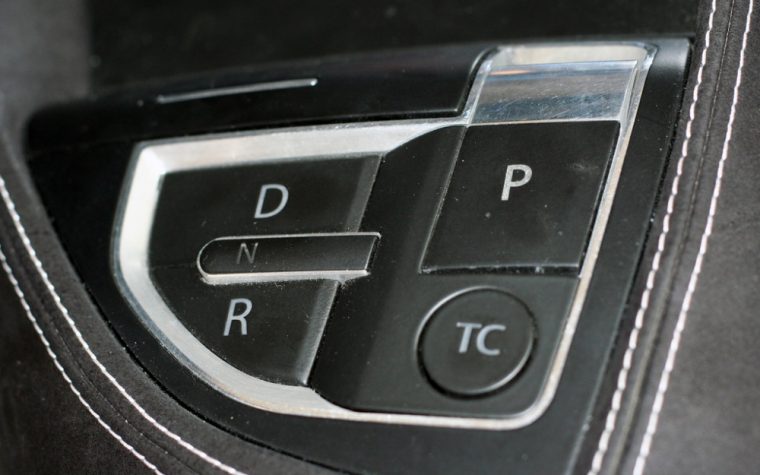 If you own a car, truck, or SUV that was built in 2012 or later, chances are you’ve seen the traction control or electronic stability control (ESC) button in your vehicle and wondered what this technology actually does.

Well, for starters, it’s important to know there are significant differences between traction control and electronic stability control.

Traction control uses sensors to determine when one wheel is spinning faster than another. This sometimes happens on wet or icy roads when a wheel loses traction and starts spinning rapidly, while the other wheel continues rotating in a normal fashion; this can cause a vehicle to spin. Traction control helps prevent this from occurring by using its sensors to detect if one wheel is spinning quicker than its corresponding wheel. This technology can then reduce engine power or even apply the brakes in order to help the wheel gain traction again.

Fuel For Thought: Discover what the differences are between all-wheel and four-wheel drive

To put it simply, electronic stability control is a much more advanced form of traction control. It was first introduced by Mercedes in the 1990s and this technology proved to be so effective at reducing auto accidents that the federal government mandated it become a standard safety feature on all cars starting in 2012. In fact, government studies suggest that stability control saves more 9,500 lives annually. Moreover, the Insurance Institute for Highway Safety (IIHS) also proclaimed that if this safety technology would have been available with the very first automobile, that approximately one third of all deadly car crashes could have been avoided.

Some advanced drivers turn electronic stability control off, but that’s not recommended for novices
Photo: © SuperCar-RoadTrip.fr

Using these six sensors, the stability control system can help straighten out a vehicle that’s sliding down a roadway that’s covered in snow or rain by measuring the driver’s intended path, based on the angle of the steering wheel, then comparing that to the direction which the vehicle is actually traveling. This is determined by the position and speed of each of the vehicle’s wheels. If the computer system detects an inconsistency between the driver’s intended course and the actual direction the vehicle is moving, then a signal can be sent to the hydraulic unit, which can then apply the brakes to one, two, or three of the wheels, as well as reduce engine power in an effort to steer the vehicle in the correct direction. So, while traction control can limit wheel spin and reduce some types of skids, it cannot manipulate the handling of a car or offer the same type of security as electronic stability control.

Some amateur car enthusiasts will turn of their stability control systems when they visit a track on the weekend, but Jack Baruth of Road and Track warns against this practice. According to Baruth, many cars get as close as two or three seconds of their best possible lap times with the ESC system turned on and it doesn’t make sense to turn off an advanced technology that’s designed to prevent a vehicle from crashing. However, some people still do it anyway because they believe the ESC tech will limit their fun at the track.

Whatever each automaker calls its stability control system, it’s usually best practice not to turn it off since many safety organizations consider stability control to be the most important development in auto safety since the seat belt.

Traveling To Ohio Soon? Check out these fun family activities happening in the Buckeye State