Cartoon Car Spotlight: If You Never Watched ‘Cadillacs and Dinosaurs,’ Your Childhood Sucked

We all had our favorite Saturday morning cartoons growing up, some of them inexplicably weirder than others. It seems like anything could pass as television material back in those days, from mice driving motorcycles to killer tomatoes.

But one of the most bizarre shows was an animated production that was officially endorsed by General Motors. If you’ve never seen Cadillacs and Dinosaurs, you’re in for a trip.

Classic Cars Are the Best: Spotlight on the timeless 1965 Shelby Cobra 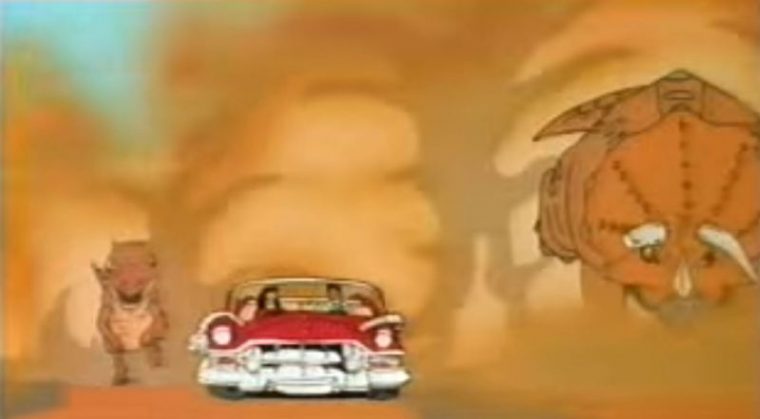 Too much awesomeness for TV to handle
Photo: CBS/de Souza Productions 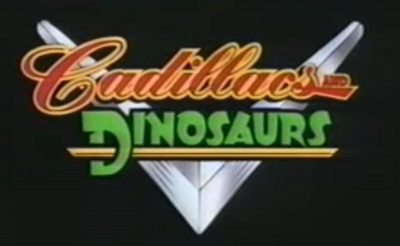 You won’t find a better title for a TV show than this
Photo: CBS/de Souza Productions

Back in 1987, Kitchen Sink Press published the first issue of a comic book series entitled Xenozoic Tales, which would run for nearly 10 years. The post-apocalyptic world, created by Mark Schultz, proved to be a lucrative franchising opportunity that spawned an animated series, a side-scrolling beat-’em-up arcade game by Capcom, a Sega CD game, trading cards, action figures, and even a role-playing game.

Many of these productions bore the name Xenozoic Tales has more commonly become known by: Cadillacs and Dinosaurs.

The Cadillacs and Dinosaurs television series was created by prolific screenwriter Steven E. de Souza and ran on CBS in 1993 for 13 episodes. The easiest way to explain the plot is to simply let the opening titles narrator do it:

In the 26th century, mankind faces an epic struggle for survival, the forces of nature have spun wildly out of control. Mighty cities have crumbled, and the dinosaurs have returned to reclaim the Earth. In this savage land, one man stands alone–Jack Tenrec— defending humanity in a world gone mad, a world where the strong survive, a world of…Cadillacs and Dinosaurs!

The heroic main character Jack Tenrec–a mechanic who restores classic cars–drives a classic red convertible Cadillac with the license plate “ZNOZOIC.” As mechanical technology is sparse in this era, the Cadillac is Jack’s method of transportation through the wilderness. 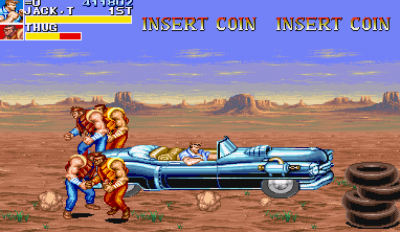 Is it possible for a car to be that long?
Photo: CBS/de Souza Productions

Go Old or Go Home: Why buying a used car will always be your best option