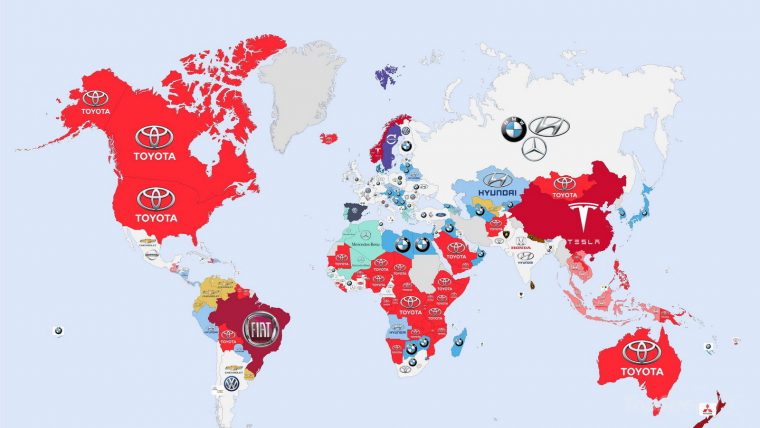 Toyota and Volkswagen have been battling for the top spot among best-selling automakers for years, but when it comes to their popularity on the Internet, there is only one clear winner.

The guys over at Top Speed put together a list of the most-searched car brands in the world, organized by country (and by state for the US), revealing that most countries in the world Google Toyota more than any other car brand.

The data was taken from Google searches over a 12-month period from April 2014 to March 2015, so it might explain why Volkswagen Google searches were relatively lower than you’d expect following the huge emissions scandal that broke out in September 2015.

Toyota dominated Google searches just about all over the world. It was the most-searched automaker in North America, Central America, Asia, Africa, and Oceania. Chevrolet was ahead in South America and, as you might expect, German automakers shared the top spots in Europe. The map also reveals that the Chinese have a particular interest in Tesla.

In the United States, Toyota was the most searched term across nearly all coastal states and Ford gradually took over the further inland you got, especially close to Detroit.

However, one should keep in mind that Google searches are not truly representative of sales or even of popularity. A big announcement from an automaker or a big scandal can easily tip the scales in favor of a brand for better or for worse. Still, because we haven’t heard anything negative about Toyota, one can only imagine that all of that traffic must be for the better.