Remarkably, the Chevy Express (and the GMC Savana) are not only the oldest GM products still on the road, but also the oldest vehicles period in the entire United States market. As such, the Chevy Express and its GMC sibling have seen a number of updates through the years. We now have the scoop on all the updates for the 2015 Chevy Express. 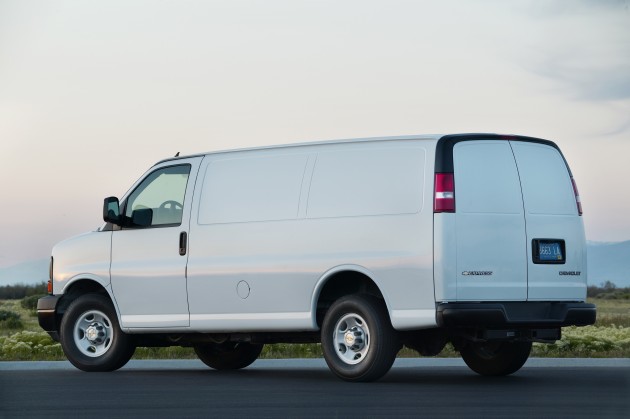 Of course, as we reported back in June, the Chevy Express 1500 has been axed for 2015, which is the most notable change to the lineup. Instead, drivers can opt for the 2015 Chevy City Express, which debuted at the Chicago Auto Show in February.

The Express Passenger is doing away with the windshield mirror mounting bracket, and drivers will be able to opt out of SiriusXM Satellite Radio. The Cargo and Cargo Upfitter will be dropping the swing-out driver-side cargo door. Finally, the Express sees some changes to the sound system.