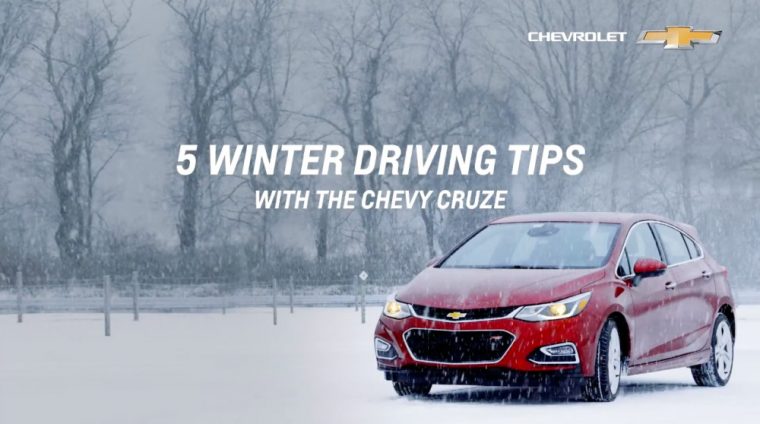 What winter driving tips does Jason Harper have to share with Cruze fanatics?
Photo: © General Motors

While many drivers know it’s a good idea to take preventative measures during the winter to ensure safe travels, Chevrolet recently published a video that offers a few in-depth tips and suggestions on how to stay safe and healthy this winter.

The first tip offered by Chevy is to get comfortable inside your car. During the winter, a lot of people wear big, puffy coats and thick gloves to protect themselves from the elements, but those garments could prevent people from being able to maneuver freely inside the car. That’s because a thick heavy coat could limit arm movements, while winter gloves will reduce your sense of feel while piloting the automobile.

The second tip offered by Chevy also has to do with fashion as it suggests that people should leave a comfy pair of shoes in their car during the winter. That’s because heavy snow boots with thick soles make it difficult to feel the pedals and these kinds of boots can also cause people to push both pedals down at the same time.

The third winter driving tip is pretty simple. It has to do with not getting the vehicle’s cabin too hot because that can make the driver drowsy.

Chevy’s fourth tip was to be aware of the outside temperature. While the narrator, Jason Harper, makes it clear that anything below 32 degrees can be dangerous, he also pointed out that temperatures between 24 and 34 degrees are especially treacherous. That’s because other cars can cause small amounts of ice to melt on top of the preexisting ice, which can reduce traction even further.

Chevrolet also provide one final bonus tip for safe and effective winter driving, but you’ll need to check out the embedded YouTube video below to learn about the bonus tip.