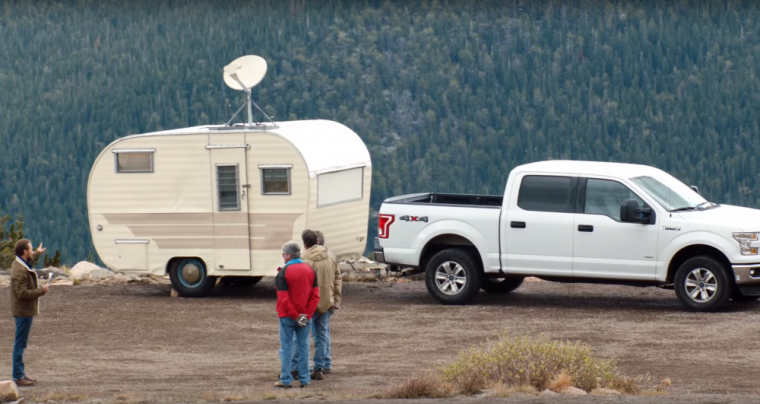 It’s been a while since Chevrolet aired a new installment of its “Real People, Not Actors” commercials, a series of ads in which a sandy-haired man presents some pretty loaded questions to a focus group of regular folks who aren’t actors (or are they?).

A 45-second ad and a shorter 15-second spot promoting the benefits of OnStar 4G LTE connectivity will be introduced on New Year’s Eve. But you can watch both now, back to back, in the video below:

The ad, entitled “Mobile Office,” juxtaposes the Silverado’s built-in WiFi with a Ford F-150 that doesn’t offer WiFi, but is pulling a trailer filled with old-school office accouterments, including a fax machine and a kindly secretary named Dolores. All of the participants shown opt for the high-tech Silverado, though, betraying an unwarranted lack of faith in Dolores’ abilities.

“The spot illustrates just one aspect of the connectivity Chevrolet offers our owners,” said Paul Edwards, vice president of Chevrolet Marketing. “Based on usage rates for features such as OnStar, 4G LTE, and RemoteLink, Chevrolet’s technologies deliver real-world benefits for our customers – and are a competitive advantage for our brand.”

According to GM, Chevy has sold over 1.4 million vehicles with 4G LTE connectivity since June 2014, more than 500,000 of which were Silverado, Silverado HD, and Colorado pickups.

No word yet on how many trailers/Doloreses have been purchased by F-150 drivers over that same time period.