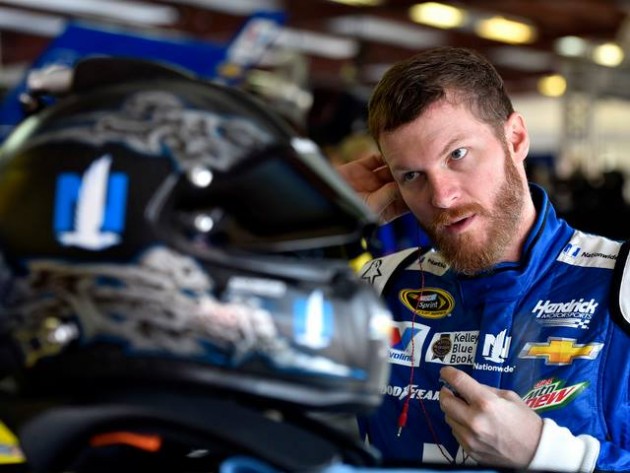 Thirteen races into the NASCAR Sprint Cup season and everything seems normal. Defending series champion Kevin Harvick is leading all drivers in points and Jimmie Johnson has picked up the most wins with four.

That’s where all the normal stuff stops.

This week, the Sprint Cup Series is racing at one of the oddest tracks on their schedule, Pocono Raceway. Pocono isn’t like any other track because it isn’t an oval or a road course, but rather a 2.5-mile triangular racetrack with three straightaways and three turns, which all have different lengths and banking.

Dale Earnhardt Jr. won both races at Pocono last season in his No. 88 Chevrolet. Earnhardt Jr. has already won one race this season and that also happened at another 2.5-mile racetrack.

This will be the first race since NASCAR officials and drivers recently met to discuss issues, such as the need for more energy-absorbing barriers at every racetrack and their concerns about current rules regarding aerodynamics, which drivers said makes it extremely tough to make passes on other drivers.

Pocono raceway started hosting NASCAR Sprint Cup Series races in 1974 and reduced the length of their races from 500 to 400 miles in 2012. Jeff Gordon and his No. 24 Chevrolet own the track record with six Sprint Cup Series wins at Pocono.

The Axalta ‘We Paint Winner’ 400 at Pocono Raceway will begin at 1 pm this Sunday, June 7th, on Fox Sports 1.