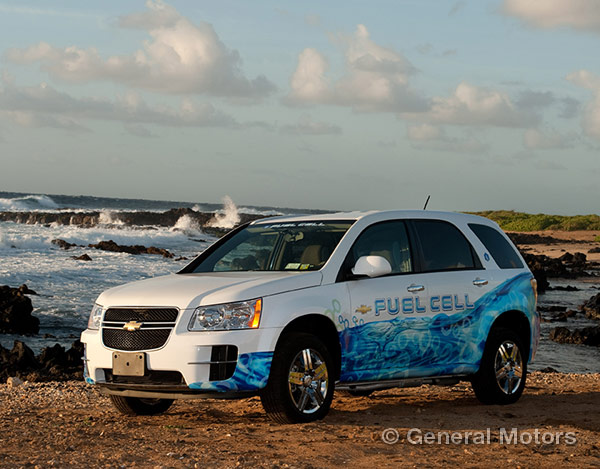 General Motors just reached a new hydrogen fuel cell milestone. The company’s fleet of Chevy Equinox Fuel Cell vehicles just topped 3 million miles of real-world driving, all powered by hydrogen. Some individual Chevy Equinox Fuel Cell models have achieved over 120,000 miles all on their own. GM estimates that such driving in this fleet has prevented 157,894 gallons of gas from being burned.

The Chevy Equinox Fuel Cell fleet is a part of GM’s Project Driveway program, which launched back in 2007. The project involves 119 vehicles, which more than 5,000 drivers have operated to provide feedback.

“Hydrogen fuel cell technology is an important part of GM’s advanced propulsion portfolio and we continue to make substantial progress in furthering this technology,” said Charlie Freese, executive director of GM’s global fuel cell engineering activities. “These vehicles have operated through seven full winters and a wide range of environmental conditions, proving that fuel cells can meet the demands of real-world drivers.”

GM is a world leader in fuel cell tech. In fact, last year General Motors ranked number one in total fuel cell patents granted. The American company has led all companies in patents for the alternative technology since 2002.

GM is currently working with Honda on a long-term collaboration that will hopefully result in commercialization of these vehicles by 2020 and advanced refueling infrastructure to support the vehicles. GM also recently opened the Fuel Cell Development Laboratory at GM Powertrain World Headquarters in Pontiac, Michigan.