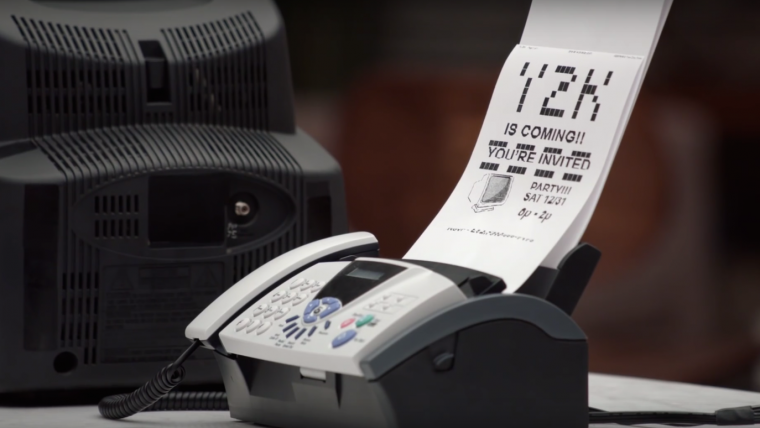 Despite the prophecies of Back to the Future Part II, fax machines are not a common sight in 2015

Chevy thinks that the 2016 Volt is so three-thousand and eight, and that, in sharp contrast, the Toyota Prius is so two-thousand and late.

That’s the premise behind the new car commercial “Time Capsule,” which is the latest in the bowtie brand’s series of “Real People, Not Actors” commercials. Comparing it to obsolete items like flip phones, fax machines, and Jazzercise VHS tapes, the automaker posits the Prius’ battery technology as more than a little bit outdated.

Toyota is awfully proud of the fact that the Prius has been around for 15 years, but Chevrolet uses the famous hybrid’s longevity as a means of trolling the automaker. It’s similar to Chevy’s aluminum versus high-strength steel ads mocking Ford’s use of lightweight aluminum parts.

And, to its credit, the Volt certainly does look more modern than the Prius, which in 15 years has still failed to come up with an attractive design.

In defense of the Prius, though, it is a model that’s been known to retain its value pretty well… or at least, better than Ty Beanie Babies.