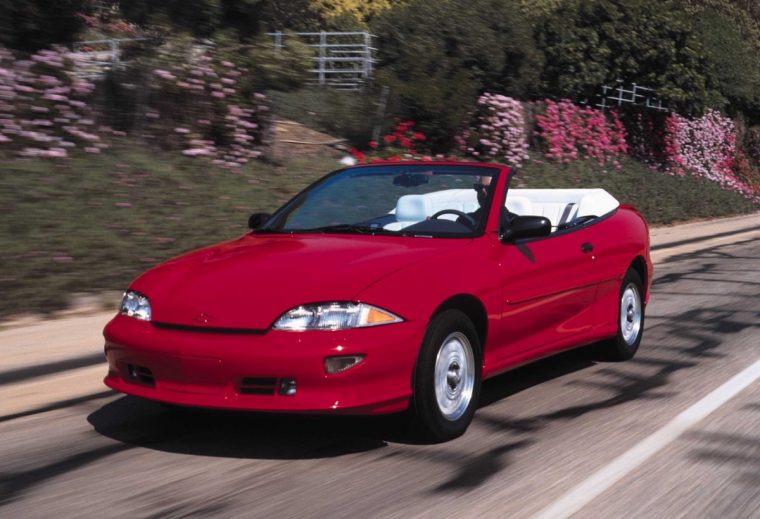 It seems we hear about every new General Motors vehicle ahead of time when GM applies for a trademark on the name. It’s something that we report on all the time, with GM most recently patenting the name “Corvette E-Ray,” hinting at an electric Corvette.

Well, it’s that time again: GM has filed a trademark application for the names “Chevrolet Cavalier” and “Cavalier,” with the specified purpose that they will be used to name goods in the category of “Motor land vehicles, namely, automobiles, sport utility vehicles, trucks, vans, engines therefor and structural parts thereof.” The application was approved for publication in its gazette on December 22nd. While this isn’t the end of the application process, this is an important step.

There previously was a Chevrolet Cavalier, which was discontinued in 2005, replaced by the Cobalt (which was later replaced by the Cruze). It is possible that Chevy intends to bring the compact cars back full circle and replace the Cruze by the Cavalier once again, but given that the company just redesigned it, plan to come out with a diesel model, and called the Cruze “one of Chevrolet’s most global vehicles,” that seems unlikely.

Otherwise, it is likely that Chevy will either introduce a new vehicle (like it did after trademarking the “Bolt” name), or apply the name to a trim level (like will likely happen with the E-Ray). Or they could just abandon the whole thing, we suppose. We hope not, though—we’re intrigued.