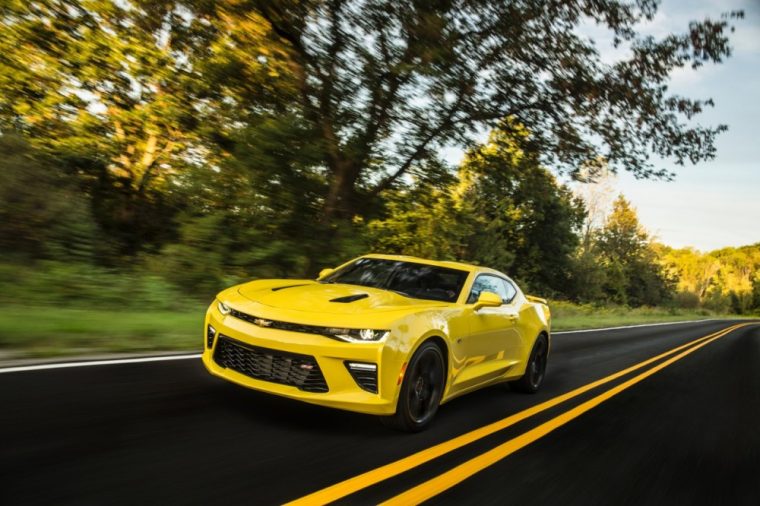 Don’t make any modifications to your Camaro if you’d like to test it without voiding the warranty
Photo: © General Motors

While many automakers will void the warranties of its vehicles if they are tested at the racetrack, Chevrolet is so confident in the abilities of the 2016 Camaro SS that it will still honor the muscle car’s factory warranty if owners want to break it in at the track, but there are a few stipulations.

“If you’re not modifying your car and you take your production car to a track day and you have an issue with one of your parts, it’s covered under warranty,” Camaro Chief Engineer Al Oppenheiser told Motor Authority. “We know when somebody changes their ECM calibration and we know if they changed to a cold-air intake, we can tell all that. But driving it as you break it in from the dealership, if you have a half-shaft or whatever, it’s covered.”

This track day warranty does not apply to current Camaros below the SS trim, which means 2016 Camaros equipped with turbo or V6 engines will not be covered, which is due to those models not featuring the same type of brakes and cooling systems as the SS models. However, the upcoming ZL1 and 1LE high-performance models will indeed be covered by Chevy’s factory warranty if taken to the track without being modified.

One specific sixth-generation Camaro that will not be covered by Chevy’s warranty is the “Fireball Edition” 2016 Camaro SS, which covered a quarter-mile drag strip in just 9.91 seconds with a nitrous assist, but broke an axle shortly after posting that sub-10 second performance.

It should be noted, according to a report from AutoBlog, Chevy has yet to announce whether equipping your V8-powered Camaro with track-focused brakes or racing tires constitutes modifying the vehicle to the point where it voids the warranty.