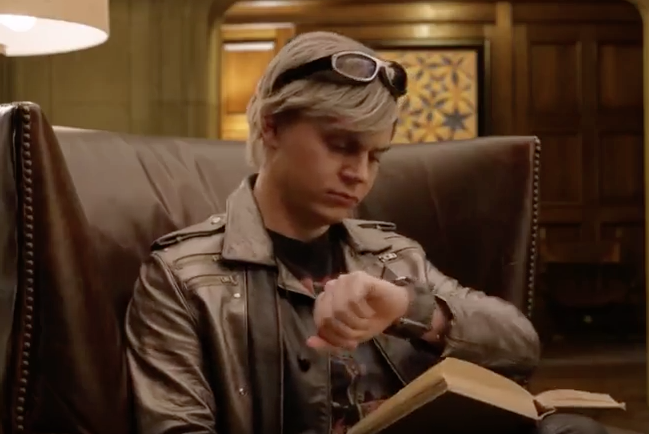 Since Kia first joined its partnership with the X-Men film franchise, we’ve gotten some pretty clever concept models and commercials. Ranging from Kia’s recent second-generation X-Car inspired by the shape-shifter Mystique to the recent commercial starring tennis pro Rafael Nadal, the South Korean carmaker’s been a bit heavy-handed with its X-Men products.

In fact, some might say Kia’s gone a bit X-Men crazy.

Now, Kia has taken this bit of crazy to its Chinese market with a brand-new commercial that promotes the Kia KX5 SUV—known as the fourth-generation Kia Sportage here in the United States.

In this commercial, Kia shows off the Sportage’s speed and performance capabilities in the best way possible. By utilizing the fastest X-Men there is—Quicksilver—we get a glimpse at just how great the Sportage is out on the road. If it takes an entire 30 seconds for the fastest man alive (sorry, Flash) to catch up with a car, then you know it’s fast.

The Sportage is the latest in vehicles feature in Kia’s X-Men campaign, replacing the Sorento that usually stars in the spot. One of the biggest differences in this commercial and the other Kia X-Men spots is the lack of an X-livery—a design that showcases the carmaker’s partnership with the popular film franchise. Instead, the commercial focuses more on the car rather than the movie itself, showing only a few clips at the end of the commercial.