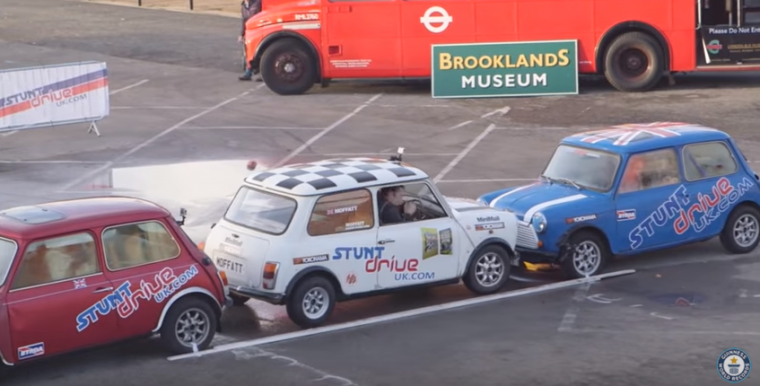 It seems like these days, there’s a Guinness World Record for everything. From the world’s largest biceps to the world’s tallest Mohican hairdo, people around the world frequently flaunt their weirdness to be included in the sacred book of records.

One of the more impressive records of late, however, comes in the form of the new reverse parallel parking record, which was achieved by Alastair Moffat in a classic Mini Cooper.

The new record—34 centimeters combined between the Cooper and the cars in front and behind—sliced a whole centimeter off the previous record (for those who don’t speak metric, one centimeter is 0.393701 inches—i.e., not much). The heart-stopping video features dramatic music and footage from multiple cameras to show just how much skill it takes to park your car this way. Not the kind of thing you’d want to try on a crowded city street, but impressive nonetheless.

Interestingly enough, the record for tightest non-reverse parallel parking was also set by a Mini Cooper—albeit a shiny new one. Either way, it goes to show that the Mini Cooper is pretty much perfect for city driving, whether you plan to parallel park the regular (boring) way, or the record-setting way.