Cost to Own a Diesel: Green in More Ways than One

The popularity of diesel engine variants seems to have exploded in recent years (or, at least, their wicks have been lighted), as people have begun to distrust the commonly used but incredibly overpriced gasoline that we begrudgingly inject into our cars at the pump on a daily basis. But is opting for a diesel engine worth all it’s cracked up to be? According to a recent study, the cost to own a diesel is actually lower than that of gasoline-powered vehicles, so the answer to my wisely self-proposed question, seemingly, is a resounding yes.

The study was commissioned by a company called Robert Bosch LLC, which—full disclosure—is actually invested in manufacturing several diesel engine parts. But before you question the validity of the study, do note that the data was compiled by The University of Michigan Transportation Research, which obviously would have far less of a motive to favor diesel technology.

In total, the study estimated that diesel engines can save owners between $2,000 and $6,000 over three to five years of ownership. To arrive at these figures, the data analysts did not just use fuel efficiency figures. They also examined overall fuel costs, retention of value, and—yes—the more expensive (but less volatile) price of diesel fuel. 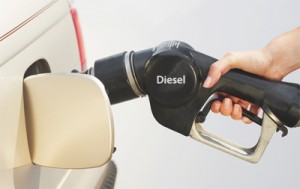 Diesel-powered vehicles can actually save you a fair amount of cash over time.

Some particular vehicles had savings even more incredible than $6,000 when researchers examined the cost to own a diesel. Specifically, the Mercedes-Benz diesel GL has the potential to save drivers more than $13,500 over three years and—get ready for it—more than $15,500 over five years.

So what does this mean for the future of diesel technology? Allen Shaeffer, Executive Director of the Diesel Technology Forum, thinks it’s pretty clear: “The significant savings diesel owners experience compared to gas car owners highlights another major reason why clean diesel vehicles sales will increase significantly throughout the U.S. in the coming years.”