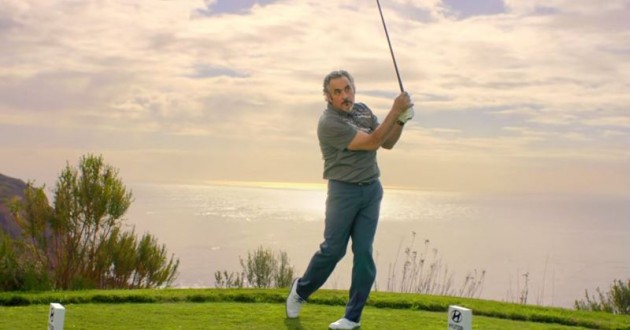 Those who aren’t part of the world of golf probably haven’t heard of former golfer and humorous commentator, David Feherty–which is a shame, considering he has more wit and charisma than most in his industry. After playing in the PGA Tour and winning multiple victories, he retired to be an analyst and commentator for CBS Sports and host his own show, Feherty, on the Golf Channel.

Now, David Feherty has become the voice and face of Hyundai as the company’s first golf ambassador. He’ll make public appearances for the brand at events like the Hyundai Tournament of Champions and the Hyundai Invitational.

“Hyundai’s goal is the perfect drive for every golfer from fairway to highway and who better than a guy like me who analyzes drives for a living to provide tips on the company’s behalf?” said David Feherty. “I think the ads and partnership will resonate with golf fans; they were an absolute blast to film. And who doesn’t love a little bit of witty Irish humor?”

“David Feherty is a unique personality–outspoken, unapologetic and obviously very funny. He’s a professional that isn’t afraid to follow his own path and take a few risks along the way,” said David Matathia, director of marketing communications for Hyundai America. “In that sense, he’s a great representative for Hyundai because we see ourselves in that same light.”

The first trilogy of commercials, which are airing on the Golf Channel, feature Feherty providing “driving tips” for golf-minded consumers who could be interested in the new Hyundai Genesis.

The first 30-second spot, which follows the overarching theme “nothing beats the perfect drive,” addresses course navigation. After dictating a command into a handheld device, Feherty swings and launches a ball across the green. When the ball misses its target, it uses self-adjusting GPS to guide itself to the hole. The punchline is compared to the Genesis’ voice-guided navigation via Blue Link.

Another spot airing on the Golf Channel is a lesson on the importance of settling into a natural driving position. As Feherty talks about finding the perfect position, he slowly leans back until he’s floating in a seated position, thinking about the Hyundai Genesis’ power memory seats.

The third TV commercial is about avoiding hazards. Feherty advises the audience to trust their instincts when driving and to remain focused–which helps him as he catches a stray golf ball flying toward his head. His reflexes are much like the Genesis’ blind spot detection feature.