Dear Lorry Drivers: Stay Away from the Newport Arch 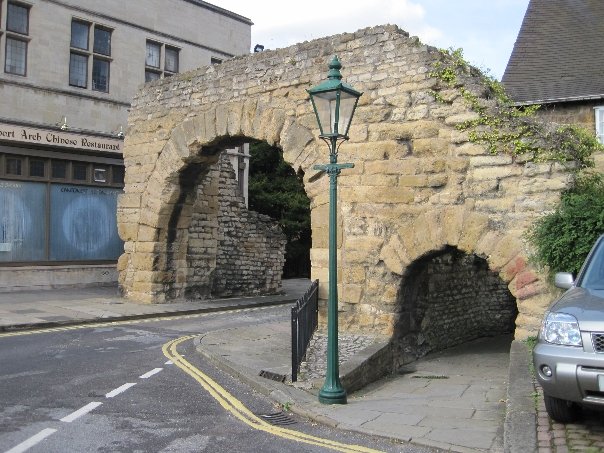 In older cities and towns, it is not surprising to find bridges and tunnels that are too short for modern box trucks to fit under. When drivers are not paying attention this leads to accidents that sometimes make great memes because the trucks end up looking like food cans wrenched open. However, when the impact occurs on an ancient Roman arch, the story becomes infinitely less funny.

The Newport Arch of Lincoln in the United Kingdom is the oldest arch still in use with a roadway, according to my university British Studies course. It was built in 200 AD by the Romans and was a gate on the London to York Road. The remaining structure is made up of a large arch, which is what the road passes under, and a smaller pedestrian arch next to it. When I studied abroad at Harlaxton College, we took a field trip to Lincoln to learn all about its castle and cathedral. Our group also went to see the several Roman sites around the city, all of them fenced off with the exception of the arch. When I looked at my notes on this trip to find the photo for the story, I have written that one of our guides, Ian Welsh, exclaimed that it was “REAL ROMAN” and that we should “touch the history!”*

Last week, a truck from transport firm RASE Distribution decided that it would also like to touch the history. However, instead of it being gentle contact from human hands it was a more worrisome crash into the top bricks of the arch. According to the BBC, this is not the first time this has happened as the arch had to be repaired after heavy damage from a lorry in 1964. To remove the truck from the arch without causing further injury its tires were deflated to lower the vehicle and then it was towed out. The Arch was restored in 2014, and the same team will be coming out to inspect it for further damage from this collision.

If you are rolling your eyes at the uproar over this old stone arch, consider that it is a Grade I-listed property, which in the UK means that it is exceptionally important to the history of the nation. It is also listed as a scheduled monument, which means that it is protected against change. If a truck slamming into it isn’t change, I’m not sure what is. Possible fines or citations against the driver or the company that owns the truck have not yet been announced. Lorry drivers of the United Kingdom, I personally implore you to stay away from the Newport Arch. I know in your country Roman ruins are kind of everywhere, but that does not mean they shouldn’t be protected and treated with respect.

*“Touch the History” was from then on the theme of Harlaxton’s Fall 2009 class. I have many photos of me touching old buildings and rock formations. 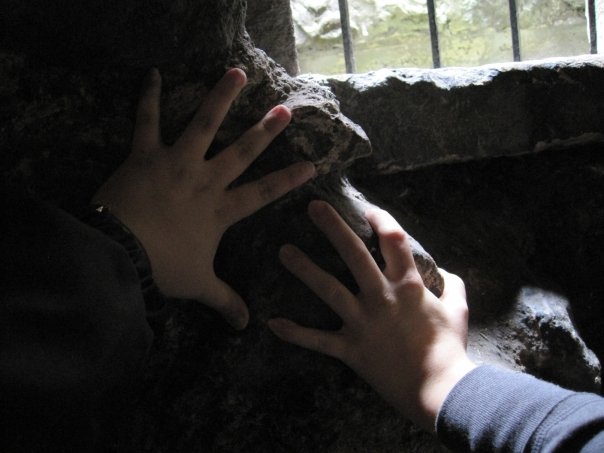 Sara and I touching the history at Edinburgh Castle