Did this Forza 6 Video Reveal the Ford GT Race Car?

Really, you don’t even need a lede to throw to a 5-minute and 30-second video that’s full of some nice and shiny glimpses at the Ford GT. The idea of someone or something not needing any introduction doesn’t hold any truer than it does in the case of the new GT.

So, with that non-introductory introduction out of the way, here’s a video starring the Ford GT and some meat bags and promoting the upcoming Forza Motorsport 6.

The aforementioned meat bags are, in reality, all vital to the creation of the 2017 Ford GT. Raj Nair, Ford Global Product Development Group VP, says that there is no greater time to pull this bad boy out than the 50th anniversary of Ford finishing one-two-three in the 1966 24 Hours of LeMans.

With that having been said, it makes this particular tidbit all the more interesting: 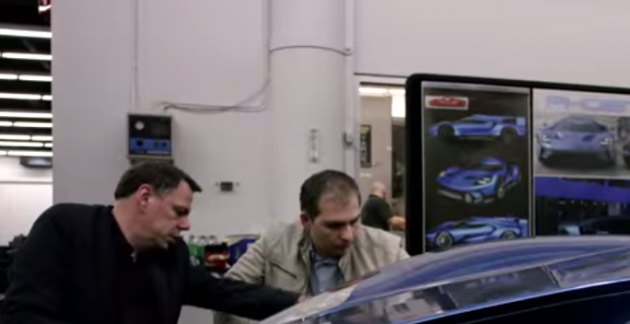 Is that the Ford GT race car back there?

This image appears 1:49 into the video and shows what may very well be the Ford GT race car that is rumored for the 2016 24 Hours of Le Mans. Note the massive rear wing and the vertical stabilizer.