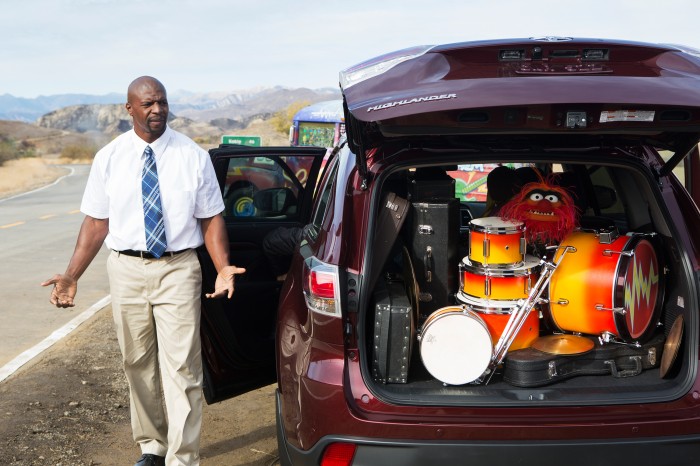 Disney’s Muppets and Toyota are teaming up for one awesome ride to Super Bowl XLVIII.

This campaign, titled “Joyride,” promises to be anything but boring as the Muppets Crew tries to teach Terry Crew’s character a thing about “uborifying” his life. According to Jack Hollis, vice president of Toyota Division Markets at Toyota Motor Sales, “Our game-day spot shows how Toyota Highlander puts the ‘fun’ in function. Toyota vehicles are built to last and can even endure the most boisterous Muppets, a former NFL player as well as a center console full of chickens.”

All the Details: A Closer Look at Toyota’s Custom Accessories

The commercial is not the only part to this campaign. In addition to this, on February 2, the Muppets gang will provide real-time updates as they travel to the big game in their Toyota Highlander. Fans are invited to chat live with the Muppets via social media by tweeting @Toyota or using #NoRoomForBoring.

“We all grew up with Kermit and the Muppets, and that makes Toyota’s collaboration with Disney very special for us,” said Hollis. “The two brands share a focus on delighting guests, and this allows us to take them along on a fun ride.”

Check out the trailer for the Muppets and Toyota collaboration below:

All the Details: 2014 Toyota Highlander Trims and Specs