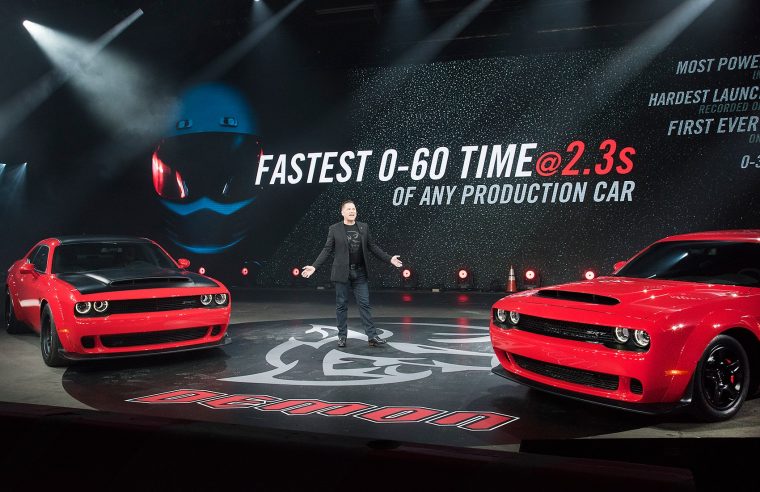 The decision to pare back sedan offerings is rapidly becoming an industry-wide trend, but before Ford opted to bring the axe down on every passenger car in its lineup save for the Mustang, FCA set the pace by discontinuing both its Dodge Dart and Chrysler 200. The dwindling sedan population might lead to some fears about the staying power of the likes of the Dodge Challenger and Dodge Charger, but all evidence suggests that they’re not going anywhere.

Tim Kuniskis, the current head of Jeep for North America and former North American president of CEO for Dodge and SRT, tells Automotive News that a combination of “well-defined personality and positioning” will keep muscle cars around even as “commoditized, four-door nothingburger, no-personality cars” continue to be relegated to the scrap heap.

Adding to this the fact that Dodge pulls in around $36,000 for every Challenger sold, and it’s clear that muscle cars are still respectable moneymakers. And while sales of the Charger are down year-over-year and sales of the Challenger are expected to be just a bit down from its record 2017, it’s a far cry from the massive losses being suffered by other large cars on the market.

Jeff Schuster, senior vice president of forecasting for LMC Automotive, tells Automotive News that he doesn’t think that the Charger or Challenger will survive beyond the next three to four years. More likely, FCA will find a way to adapt to any oncoming challenges — be it electrification or further consumer shifts — and ensure that its two legacy performance cars stay alive and well.

Steve Beahm, head of Parts and Service for Mopar, agrees: “I’m not going to tell you it’s going to grow. But it’s going to dramatically buck the trend in regards to where passenger cars have gone lately and where they’re going to go in the next couple of years.”

Accessorize Your Ride: Five of the top accessories you can get for your Jeep today