Despite rumors of production continuing into 2019, Dodge will reportedly cease Demon production after the initial 3,300 Dodge Demon vehicles are sold 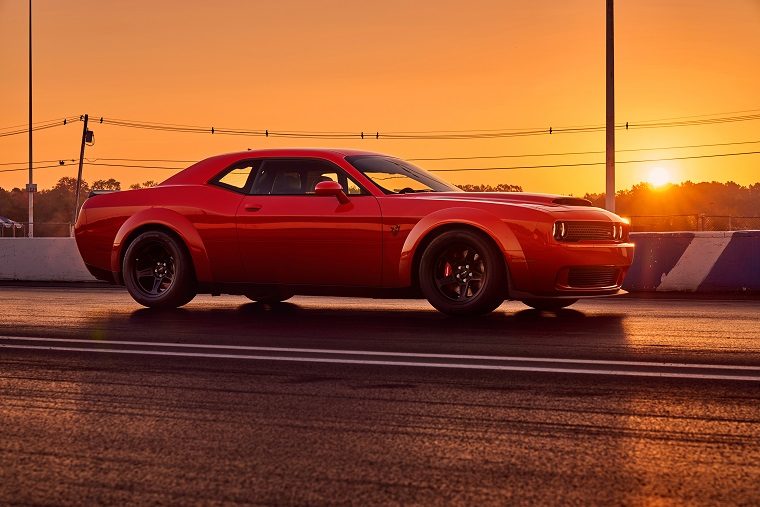 If you don’t purchase a Dodge Demon now, you might just miss your chance

When the 2018 Dodge Challenger SRT Demon is delivered to a customer, it comes packaged with a letter that states the following:

Congratulations on being one of only 3,300 passionate performance enthusiasts to own a piece of automotive history

Still, many automotive enthusiasts have held onto hope that the Dodge Demon’s production would continue into the 2019 model year. Unfortunately for them, Dodge is ready to crush those hopes, as the automaker has confirmed that the Demon is exclusive to the 2018 model year.

The confirmation comes directly from Tim Kuniskis, former Head of Passenger Cars for FCA North America who was recently named Head of the Alfa Romeo and Maserati brands. Kuniskis declared in no uncertain terms that Dodge would only create 3,300 Dodge Demons, and that those Demons would be limited to the 2018 model year.

“2018 only, one-and-done,” Kuniskis told automotive outlet Allpar. “The people who sit back and wait for next year are going to miss out.”

This declaration is in direct contrast to a small amount dealerships that have been reportedly telling customers that Dodge Demon production will continue into 2019. Despite strong demand, Dodge is adamant that it will not create any more Demon vehicles, so as to preserve the rarity of the drag-racing Challenger model.

Furthermore, if Dodge did decide to create more Dodge Demons outside of the initial 3,300 vehicles, it could land them in legal trouble. Disgruntled Demon customers could sue the automaker for false advertising if their Demon truly wasn’t “one of only 3,300.”

So if you’ve been putting off that Dodge Demon purchase, hoping for an extension in Demon production, then you might want to place an order quickly before all of these pieces of automotive history are claimed.