It’s pretty common to see carpool lanes around high-traffic cities like Boston. Carpool lanes encourage commuters to drive to work together in order to reduce the overall amount of traffic on the roads, and using them can cut your drive time dramatically. For some lonely drivers, finding a buddy to carpool with can be a challenge. This week, one Boston commuter proved he was up to the challenge. 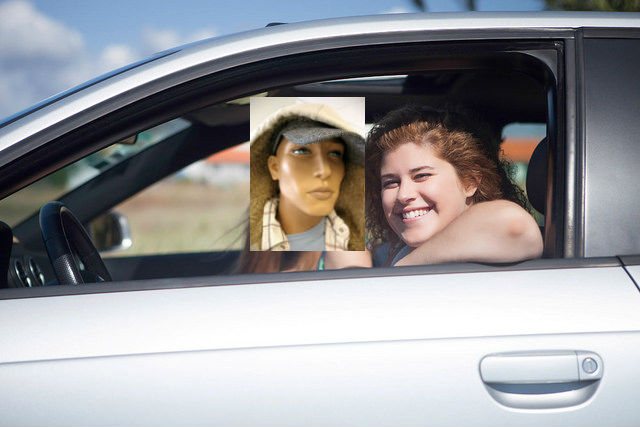 During Tuesday’s morning commute, State Trooper John Carnell saw a car pull into the carpool lane in Quincy, MA. Nothing unusual there, right? Wrong. Carnell noticed that the car’s passenger looked “suspicious,” and raced to pull the car over. Upon stopping the car, Carnell realized that the “passenger” was, in fact, a mannequin head riding shotgun while attached to a jacket to keep it upright.

I have to give the unnamed driver credit though. In the interest of making the mannequin head appear as realistic as possible, he drew pretty realistic-looking eyebrows and a mustache on his “passenger”, but obviously that wasn’t enough to thwart Carnell. When asked about the incident, Carnell told reporters that he spotted the driver and his “counterfeit passenger” at 6:35 a.m., and immediately knew something was afoot (or a-head?). 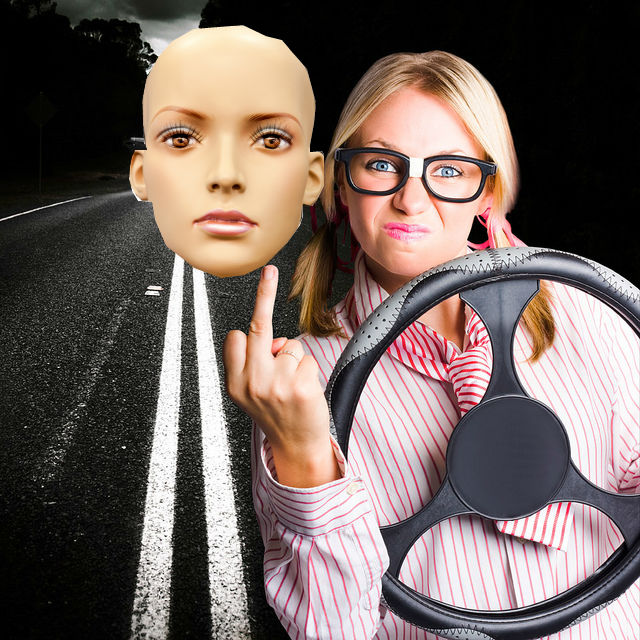 Presumably, the driver was mad when his/her devious plan was thwarted.

This isn’t the first carpool-lane criminal that Carnell has caught, either. Apparently, he pulled a car over in April 2013 because the woman riding with a full-size doll in a car seat veered into the carpool lane in an attempt to beat traffic and get to work on time.

So if you’re commuting around Boston and feel the need to beat the carpool-lane system, I’d advise you to think twice. Carpool Cop will be waiting for you.