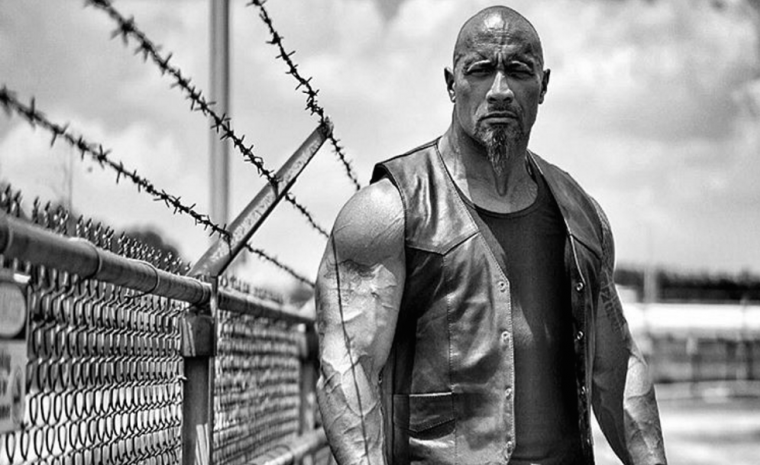 Do you smell what the successful star of film and television formerly known as “The Rock” is growing?

Speaking of Which: Learn how to remove unwanted odors from your car

Dwayne Johnson recently took to Instagram to post a photograph of himself dressed as his Fast and Furious character Luke Hobbs, a granite Diplomatic Security Service agent who can flex his way out of a broken bone and shoot drones in the face.

There was something a bit “off” about the image though—his super weird looking beard:

When you strip a man of all he has. All that’s important to him. You force him to return to his roots.. and sometimes that’s a very dangerous and twisted place.

If I was going to return for another FAST & FURIOUS I wanted to come in and disrupt the franchise in a cool way that got fans fired up and their blood pumping to see a new version of Hobbs and his “Daddy’s gotta go to work” mentality and set the table in a cool way for where the character goes in the future.

Maybe it’s a spinoff movie. Maybe it’s more #FF movies. Or hell maybe Hobbs just gets on his motorcycle and rides off into the sunset never to be seen again.
Either way, I’ve had a solid first week of shooting, good to be back with the ohana, good to work again w/ my bud and director F. Gary Gray and our home studio of UNIVERSAL, as always have been the best partners to me and my #SevenBucksProds team. Most importantly… you guys around the world will really dig this new version of the role, ’cause as we always say, disrupters dent the universe.
#Hobbs #TwistedRoots #1Disrupter #1Savage #F8

Frankly, this announcement leaves fans like me with more questions than answers.

Like, is Dwayne Johnson’s Walter Hobbs character going to die or star in his own F&F spinoff? Is there really a dude named “F. Gary Gray?” Who are the “we” who always say, “disrupters dent the universe?”

Only time will tell. For now, F&F fans should just relax and enjoy the original film’s return to movie theaters.