EcoBoost Mustang to Be Focus For Ford 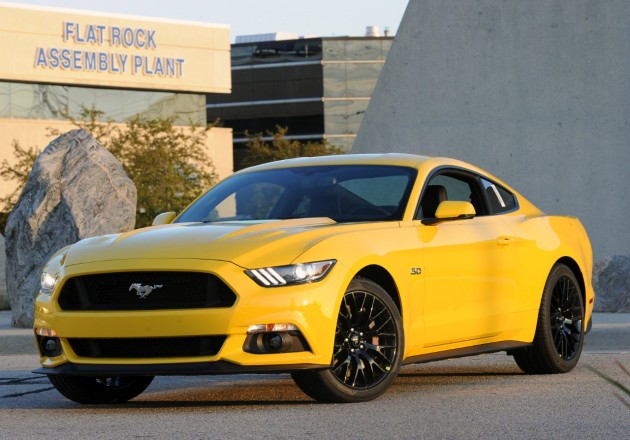 The Mustang has long been associated with V6 and V8 power, but if the words of Mustang marketing manager Melanie Banker are any indication, then we can expect Ford to push the EcoBoost Mustang and push it hard in the hopes of attracting a larger—and younger—audience.

Banker told USA Today that Ford is looking to eschew the ‘Stang becoming a muscle car that primarily attracts older car buyers, and it’s using the technology and fuel economy provided by the EcoBoost Mustang to do it. Currently, the age of your average Mustang buyer is 48, a number that Ford hopes to lower by talking up its turbo-four Mustang.

Ford isn’t offering hard numbers regarding the Mustang’s order banks, which opened up back in May, but Raj Nair, head of global product development, says that he anticipates that less than half of all 2015 Ford Mustang models sold will use the V8 engine. Further, he believes that the 2.3-liter turbocharged four-cylinder will be the choice du jour in international markets while Americans will likely prefer the 3.7-liter engine available at the base level.

In order to ensure the success of the 2015 Mustang and the EcoBoost Mustang in particular, Banker promises a dedicated ad campaign specifically for the new powertrain that emphasizes its combination of power and performance.

Joe Hinrichs, Ford president of the Americas, also notes that Ford is ready for a third shift at the Flat Rock Assembly plant where the 2015 Mustang is built if demand exceeds supply.

The Mustang is scheduled to arrive at dealerships sometime in October. Get ready.