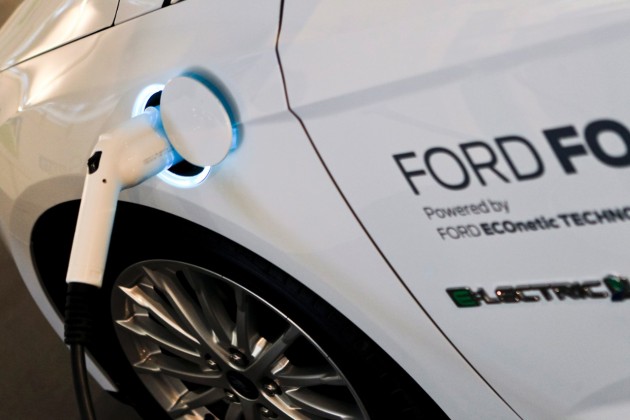 In Paris back in December 2011, the company Bolloré began an electric car-sharing service to reduce air pollution and traffic. The effort was a rousing success, nearly doubling the company’s target of 80,000 members.

So, now the program is crossing the Channel to London, England. Ten cars were revealed on June 12th, all painted the same red of buses, post boxes, and phone booths. If everything goes well, Bolloré hopes to increase the London fleet to 3,000 vehicles in the next five years to match the fleet in Paris.

The electric-car-sharing service seems to have had a positive influence on the Paris electric car market—electric car registrations between the fourth quarters of 2013 and 2014 rose from 2,773 to 4, 248, an increase of over 65%, despite a stagnant overall French car market.

In the UK, it seems that a similar increase is already on the way, especially for plug-in electric cars (rather than hybrid gas/electric cars). Plug-in car registrations rose almost 400% from January 2014 to January 2015.

This is partly due to a government grant for plug-in car buyers in the UK, but this all adds up to good news for electric cars and the environment in general.