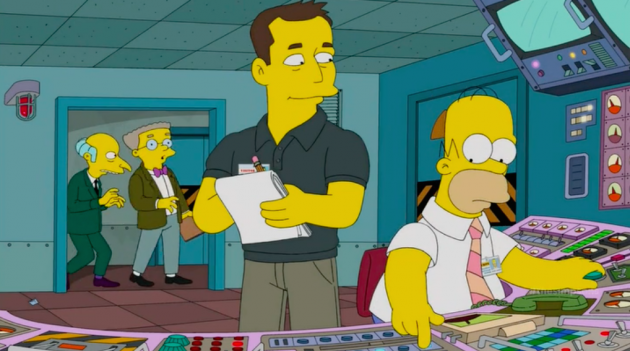 Elon Musk on The Simpsons: Tesla CEO ruins Springfield (and rips off one of the show’s classic plots)

Tesla CEO and gilded redditor Elon Musk has once again shown up in a cartoon from the 1990s that’s more than a little past its prime. This time, Musk was actually a willing participant, lending his terribly emotionless voice to “The Musk Who Fell to Earth,” the 12th episode of The Simpsons’ 26th season.

Elon Musk in ep 1/11 and not a “kiss ass” celebrity guest star turn: Burns tries to kill him, and we reveal Musk’s master password.

However, there still seemed to be quite a bit of ass-kissing, from little Lisa Simpson calling Musk “possibly the greatest living inventor,” to Smithers introducing him as “the man who revolutionized the car industry” (causing Mr. Burns to mistake Musk for Henry Ford, who he believes is looking “as healthy and vibrant as Detroit itself”).

Homer even manages to befriend the distant Musk, praising him as being “like Willy Wonka, without the underpaid munchkins.” (Exactly—Musk’s workers aren’t underpaid, they’re just very disgruntled.) 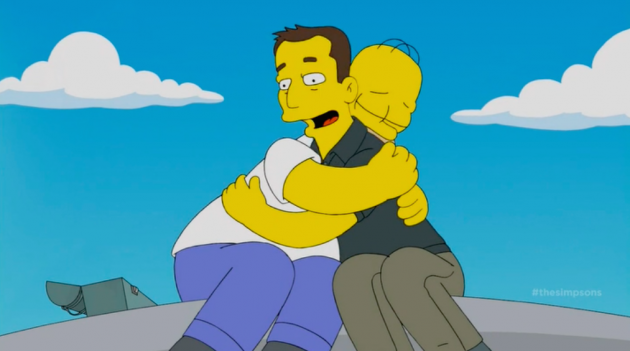 Homer’s “Homerisms” inspire Musk to come up with brilliant ideas

Burns sees Musk’s brilliant ideas as a potential goldmine, and invests in building a Hyperloop in Springfield. What Burns doesn’t realize until it’s too late is that Musk’s ambitious, altruistic plans are actually losing the nuclear power plant $50 million a quarter. 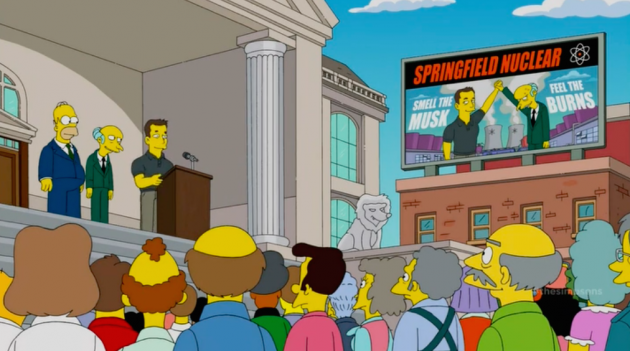 The short-lived business partnership of Musk and Burns

This results in massive layoffs at the power plant, causing the “Great ePression” to hit Springfield. After devastating the city’s economy, Musk just takes off in his rocket ship—but he does build Lisa a solar-powered birdhouse, so I guess that counts as a happy ending. 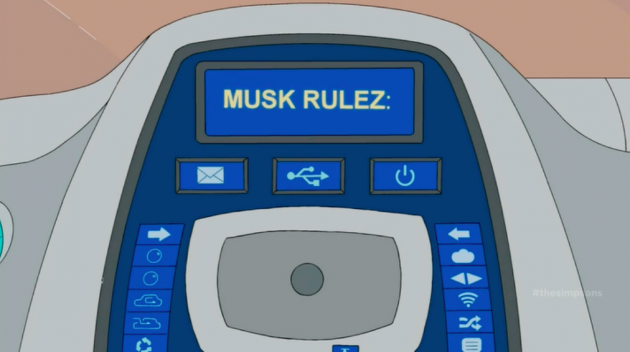 For some reason, Lisa never asked Musk to “explain why we should build a mass transit system in a small town with a centralized population,” which is the question she posed to conman Lyle Lanley 22 years ago (!) in “Marge vs. the Monorail.” 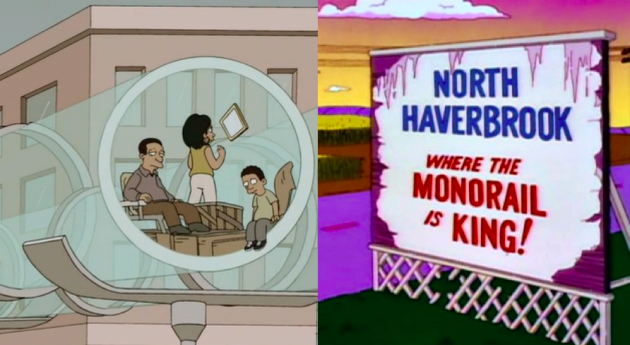 “Simpsons did it”: Elon Musk’s Hyperloop kills the economy, just like Lyle Lanley’s monorail did two decades ago

While watching Elon Musk on The Simpsons was not nearly as memorable an experience as watching the classic monorail episode that tonight’s show ripped off, it did manage to pass the time, which is about the most you can ask for from modern-day Simpsons.