Love the 2016 Scion FR-S but don’t like its available colors and interior options? The limited-edition FR-S Release Series 2.0 could be the coupe for you. Just 1,000 models are being produced, nudging the FR-S Release Series firmly into the “exclusive” category, so you likely won’t have to worry about accidentally buying the same car as your friend Steve. 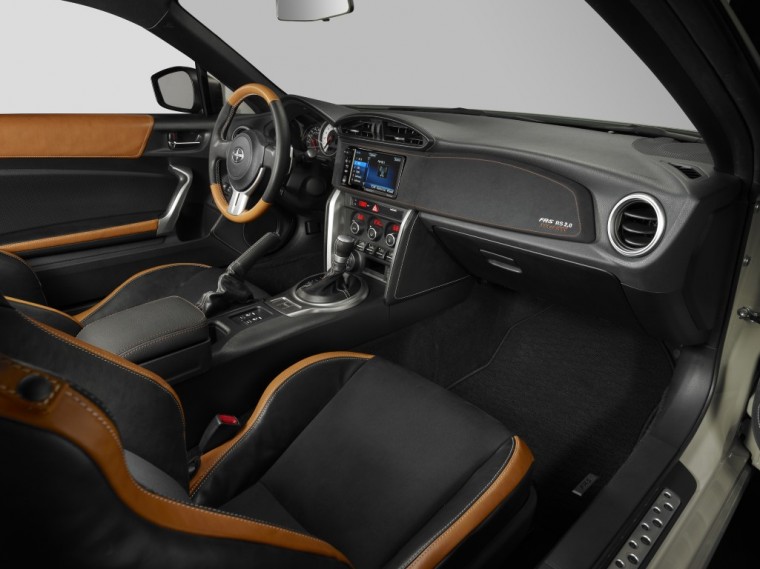 The 2016 Scion FR-S Release Series 2.0 is painted a color called Lunar Storm—kind of a creamy, milky color that is much better in person than it sounds. It rides on 17-inch forged alloys, and comes with a unique aero kit with spoilers on both the front lip and trunk.

Powered by the regular FR-S’ 2.0-liter four-cylinder BOXER engine, the Release Series 2.0 comes with either a six-speed manual or a six-speed automatic transmission. The latter offers paddle shifters and Dynamic Rev Management technology. The engine is capable of producing 200 horsepower and 151 lb-ft of torque.

Inside, the heated seats are wrapped with black Alcantara and leather with camel-colored accents. The leather-trimmed steering wheel also has camel accents, as do the door armrest and upper door trim. The dash insert is embroidered with the release series badge numbered from 1 to 1,000, depending on which model you purchase.

The 2016 Scion FR-S Release Series 2.0 carries an MSRP of $29,510 for the manual transmission, or $30,610 for the automatic transmission; neither MSRP includes the delivery, processing, and handling fee of $795.