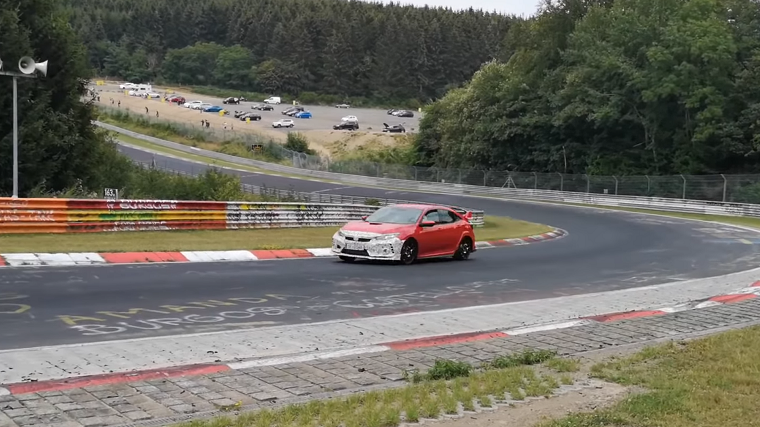 Honda is already working on a refreshed version of the Civic Type R — you know, the hot hatchback that was launched in the United States not two years ago? — and it’s already been spotted doing hot laps around the Nürburgring, because when your main appeal is being the fastest hatchback around, well, hitting the “Green Hell” is what you do.

Last year, it was reported that a cheaper Honda Civic Type R might have been in the works, and much more recently a Type R with a rear wing of less, say, imposing stature was spied bearing front and rear bumper camouflage. That doesn’t, however, seem to be the same car that was running circles around the Nordschleife.

So what gives? Why is Honda testing a car that, supposedly, has only been facelifted? Presumably, it wouldn’t be any faster or slower than the previous Honda Civic Type R, which already holds the front-wheel drive production car record at the ‘Ring.

According to The Truth About Cars, Honda may be ditching some Type R interior features in an attempt to bring down the cost and make its lovely performance attributes available to customers on a tighter budget — features like the 7-inch touchscreen and Android Auto and Apple CarPlay compatibility.

But that still doesn’t answer why the facelifted Honda Civic Type R would need to be tested around one of the world’s most grueling motorsport circuits. Is Honda actually planning a performance upgrade? Maybe the company’s test drivers were just bored and figured they might as well have some fun…