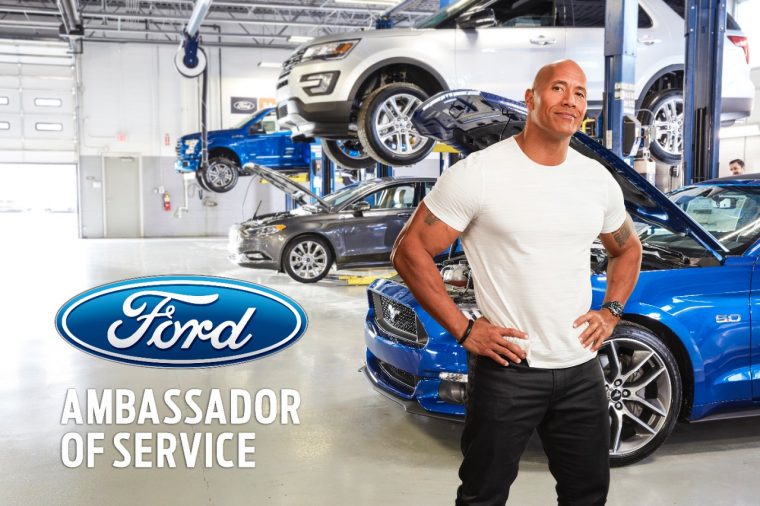 World-renowned sexy-man and innovator of The People’s Elbow Dwayne “The Rock” Johnson returns to his role as Ford Ambassador of Service with a new ad campaign. Abandoning the premise of the first ad that saw Johnson heading up a rag-tag group of service specialists, the new commercial takes a somewhat more straightforward approach. Also, it’s got a whole lot of footage of The Rock walking around wearing a muscle-hugging white t-shirt, so, hey, ker-ching.

Watch: Dwayne Johnson Stars in Ford Service: Keeping Your Ford on the Road

“We are thrilled to have Dwayne Johnson return as our Ambassador of Service,” said Brett Wheatley, executive director, Ford Customer Service Division, North America. “Not only is he a loyal Ford customer—owning multiple Ford vehicles—Dwayne embodies the qualities of the Ford Service brand.  He strives to be the hardest worker in the room, being a leader, building and maintaining trust, and most importantly, quality service. We couldn’t ask for a more fitting spokesperson.”

Because if there’s one thing you think off when you think of The Rock, it’s quality service. Specifically, watching him service bulging muscles up all over the screen. That pun needs some work…perhaps Ford Service can help! 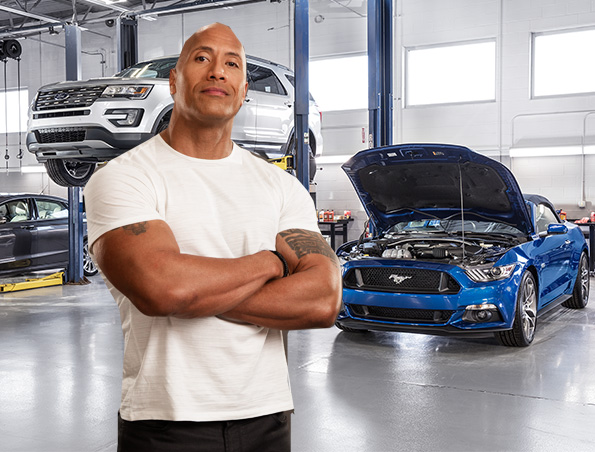 “I’m very excited about what we’re building with the good people of Ford,” said Johnson. “Our goal with this partnership was not to try and sell the American public cars, but to build trust and a bridge to the hard-working men and women who service them. Our new campaign is a special one and, considering Ford is one of the founding companies that helped build this country, I’m proud of the work our service people are accomplishing here as we continue to elevate the game.”

The Rock also recently participated in the reveal of the 2018 Ford Mustang, delivering one of the first production-ready models to Army combat vet Marlene Rodriguez. He was super handsome and charming doing that as well, as he is in seemingly all things.