The grin is back in with the latest Ferrari convertible 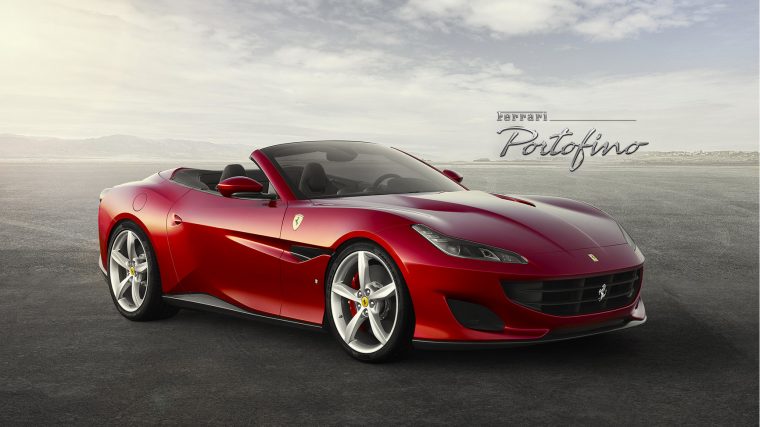 Its smile puts a smile on our faces

If you’re like me, then you’re one of the select drivers out there that really adored the big, goofy grin featured throughout Mazda’s previous generation of vehicles. While the Miata still sports a smile, Mazda decided to take some of the criticism pointed at its grille design to heart, removing the beaming front fascia from its modern Mazda lineup.

So, if there’s a hole in your heart left behind by the departure of smiling sedans, and if you’ve got plenty of cash to burn through, then the latest Ferrari vehicle will be a sight for your sore eyes. The Italian automaker just revealed the Ferrari Portofino, its new entry-level vehicle, which possesses an athletic chassis, a powerful engine, and, yes, a big ole grin.

More About What Came Before: In-Depth: Ferrari California T

The Portofino, named after a village on the Italian coastline, will serve as the replacement for the Ferrari California T. A lot is riding on the success of this convertible, as the California was one of the brand’s top-selling vehicles ever.

Therefore, Ferrari included some highly-requested features to ensure that the Portofino will be a smashing success. To make the entire vehicle more athletic on the road, Ferrari equipped its new convertible with a new chassis that greatly reduces its weight when compared to the Ferrari California, all while adding to the rigidity of the vehicle’s torso. 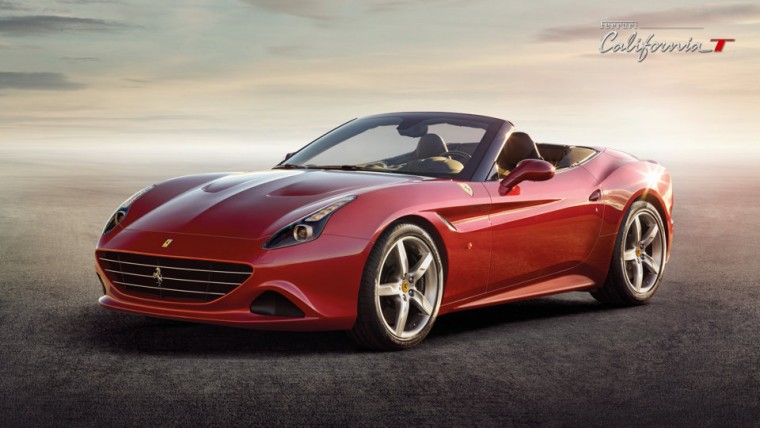 Of course,  a Ferrari truly isn’t a Ferrari without a ton of power backing it. The Portofino is set to come equipped with a Ferrari V8 turbo engine, capable of producing 592 horsepower and 560 lb-ft of torque.

Perhaps more exciting for Ferrari fanatics, however, is the inclusion of the brand’s E-Diff 3 electronic rear differential system, which improves the Portofino’s traction and steering. Together, this powertrain combination allows the Ferrari Portofino to accelerate from 0 to 62 mph in 3.5 seconds, reaching speeds of roughly 198 mph.

Within the Portofino’s cabin, drivers will find a 10.2-inch touchscreen display, as well as 18-way adjustable seats. Even when the top is rolled down on the Portofino, a wind deflector cuts air flow inside by 30%.

On the outside, the Portofino is defined by much more than its grinning visage. Specially-designed LED headlights sport an air intake system that exits along the flank to reduce drag while driving. 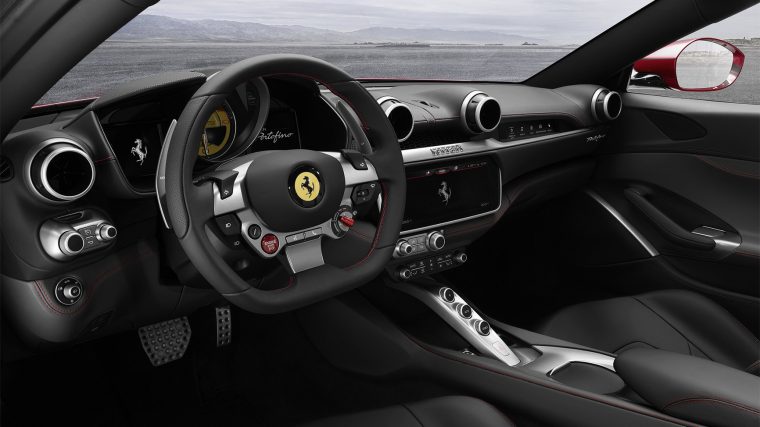 Decked out with features because it’s a Ferrari

Although Ferrari has announced that the Portofino will be its entry-level vehicle, no price has been announced. Given that this is a Ferrari, it will undoubtedly cost a fair amount of money. Those details will probably be revealed during the vehicle’s official debut at the Frankfurt International Motor Show next month. In the meantime, at least Ferrari has left us with something to smile about.