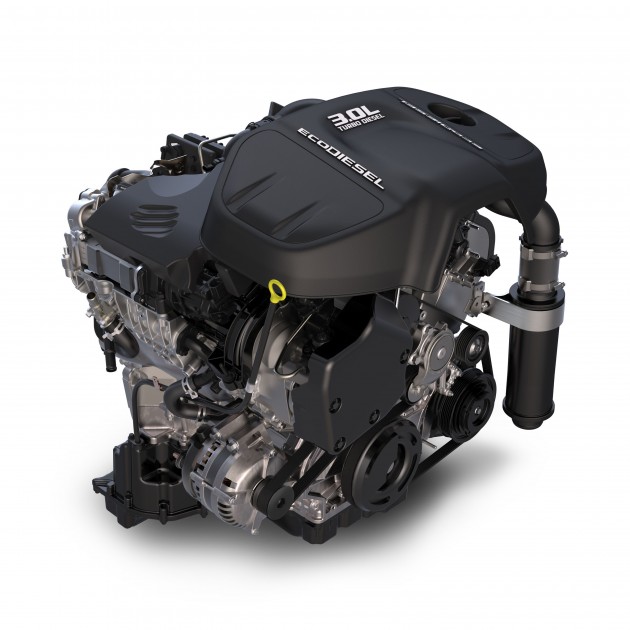 Fiat Chrysler’s 3.0-liter EcoDiesel V6 has been named on the Wards 10 Best Engines list for the third year in a row

When you’ve got something good, what do you do? You make it even better. At least, that’s what Fiat Chrysler does. The Italian-American carmaker recently announced that its 3.0-liter EcoDiesel V6 engine was named on Wards 10 Best Engines list—for the third consecutive time.

Get the Best: See why multiple FCA US vehicles were named Consumer Guide Automotive Best Buys

But that’s not all. Not only is this the third time the EcoDiesel has earned recognition on the prestigious list, but it is also the second straight year it has been the lone representative of clean diesel technology. The engine is even the longest-running engine on the list ever. If that’s not impressive, I don’t know what is.

“We are never content to rest on our laurels, so our engineering team worked overtime to make a great engine even greater,” said Bob Lee, Vice President and Head of Engine, Powertrain, and Electrified Propulsion Systems Engineering. “For model-year 2016, customers who choose our 3.0-liter EcoDiesel V6 will experience more of the attributes they were seeking when FCA US became the first automaker to equip a light-duty pickup with clean diesel technology.”

Other FCA US Award-Winning Engines: Check out the upgrades for the brand’s Pentastar V6 engine

The 2016 version of the EcoDiesel engine has a variety of new strategies to manage combustion, making it more fuel efficient than ever before. This engine, when outfitted in the 2016 Ram 1500 pickup truck, has an EPA-estimated rating of 21 mpg city, 29 mpg highway, and 24 mpg combined. These numbers are practically unheard of in the light-duty pickup truck segment.

Currently, this award-winning engine is available in the 2016 Jeep Grand Cherokee and 2016 Ram 1500.