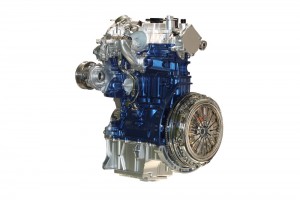 Since the introduction of the EcoBoost engine, Ford has been lining its trophy shelves with awards, even beating Germany at their own International Motor Show for the Engine of the Year Award two years in a row. Now, it looks like Ford has to make room for one more award after the Ford 1.0-liter EcoBoost engine has received an esteemed 2014 Ward’s 10 Best Engines Award.

The 1.0-liter EcoBoost, which made its U.S. debut in the 2014 Ford Fiesta, combines the power and fuel efficiency that exemplify Ford EcoBoost engines. In the Ford Fiesta, this popular powertrain has made the Fiesta the most fuel-efficient non-hybrid, gasoline powered car in the market with an astounding 45 miles per gallon on highway.

On sale in dealerships across the country, the 2014 Ford Fiesta could give you a taste of this award-winning engine. Be sure to stop by your local Ford dealership to check out what the Ford 1.0-liter EcoBoost engine has to offer.