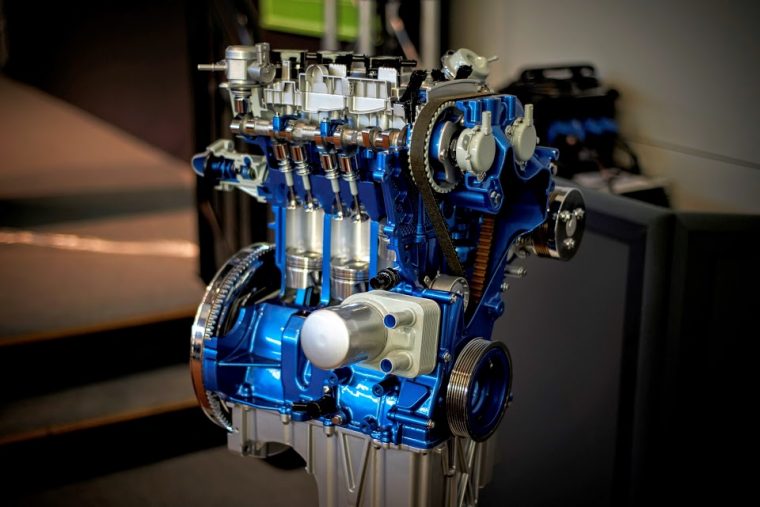 A few things are inevitabilities in life: death, taxes, disappointment in elected officials, and the Ford 1.0-liter EcoBoost engine winning Engine of the Year.

The miniscule EcoBoost engine won its sixth consecutive International Engine of the Year “Best Engine Under 1.0-liter” prize, earning high marks from judges yet again for melding performance and efficiency in a perfectly concise package. Since launching in 2012, the three-cylinder has been undefeated in the category and has won a total of 10 awards overall—including a record three overall wins and the award for “Best Newcomer” in its rookie year.

“Our 1.0-liter EcoBoost engine has been a game-changer, setting the benchmark for compact, fuel-efficient engines with sophisticated EcoBoost turbocharging, direct fuel injection, and Twin-Independent Variable Camshaft Timing technologies,” said Joe Bakaj, vice president, Product Development, Ford of Europe. “Even with 10 International Engine of the Year awards under our belt, we’re still finding ways to push back the boundaries of powertrain engineering and deliver even more benefit to our customers from this acclaimed small engine.”

“The baby Ford EcoBoost engine is still the best 1.0-liter, three-cylinder design around, despite newer powertrains arriving on the scene,” said Dean Slavnich, co-chairman of the 19th International Engine of the Year awards and editor-in-chief of Engine Technology International magazine. “Even more impressive is that it is the first-ever powertrain to secure its class title every year it has been nominated.”

Not only is the 1.0-liter EcoBoost dominant, but it is a trend-setter: when it launched in 2012, there were 26 engines nominated for the 1.0-liter and under category; this year, the field expanded to 35 nominees.

Ford is likely to secure the award again in 2018 as it will update the 1.0-liter EcoBoost from early 2018 to include cylinder deactivation technology.