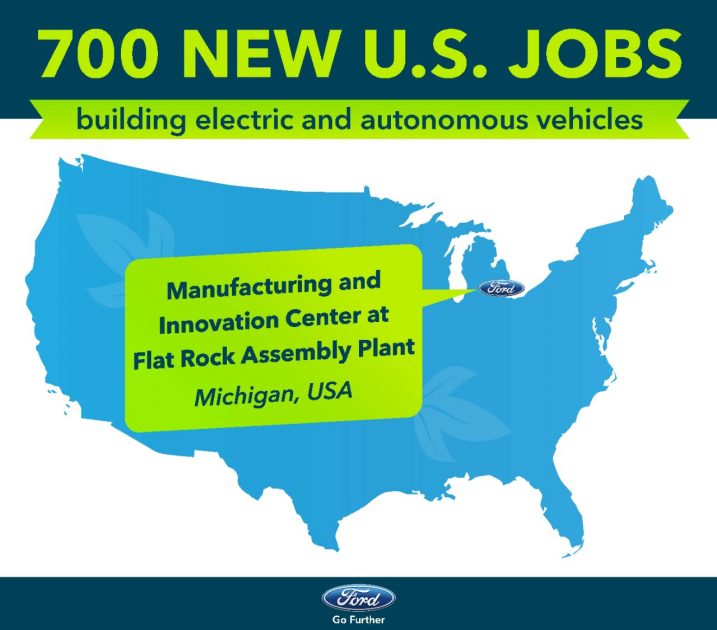 Ford on Tuesday confirmed seven of the 13 electrified vehicles that it intends to introduce to the market over the next five years, including hybrid versions of arguably its two most iconic products: the Mustang and F-150.

The electrified vehicle lineup revealed on Tuesday is headlined by the F-150 Hybrid and Mustang Hybrid, both long-anticipated efforts to incorporate hybrid technology into the automaker’s signature sellers. While little is known about either and likely will not be made fully clear for some time, it was specified that the Mustang Hybrid’s powertrain will deliver power comparable to the Mustang GT’s V8. The development of a Mustang Hybrid has been speculated since the debut of the sixth-generation model, and Ford CEO Mark Fields previously confirmed the development of the F-150 Hybrid in December 2015.

More immediately, Ford will release a Transit Custom plug-in hybrid for Europe in 2019. The automaker’s LEO vehicle offerings will also be bolstered by pursuit-rated hybrid police vehicles, with one likely being a sedan and the other likely a utility vehicle.

It was also revealed that Ford will be introducing an all-new, fully-electric small SUV by 2020, and that this vehicle is estimated to provide a range of no less than 300 miles. Ford also reaffirmed its intentions to offer a fully-autonomous hybrid vehicle for commercial and ride-sharing purposes by 2021.

Ford announced that it will be investing $700 in Flat Rock Assembly Plant in Michigan, creating 700 direct jobs in the process of turning the facility into its manufacturing hub for electronic and autonomous vehicles.

“I am thrilled that we have been able to secure additional UAW-Ford jobs for American workers,” said Jimmy Settles, UAW vice president, National Ford Department. “The men and women of Flat Rock Assembly have shown a great commitment to manufacturing quality products, and we look forward to their continued success with a new generation of high-tech vehicles.”

The development of these electrified vehicles is part of Ford’s previously-announced $4.5 billion investment.