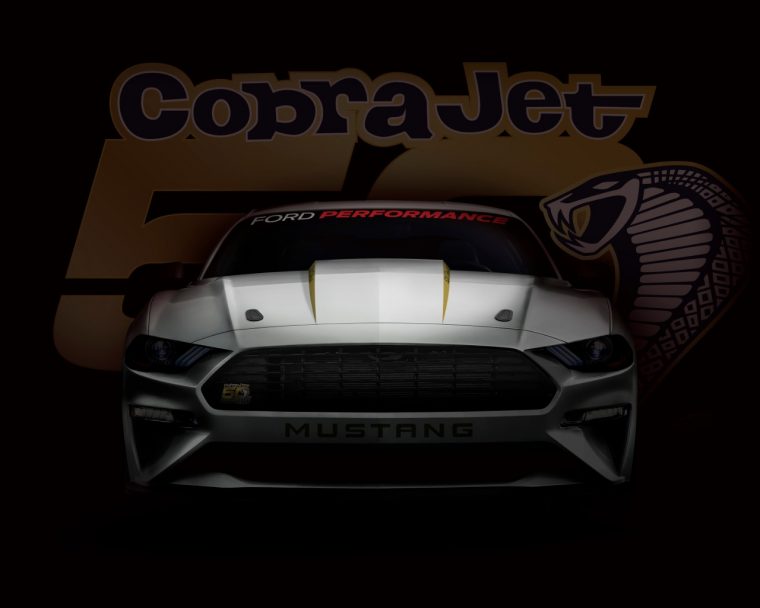 The history of the Ford Mustang is one of legends among legends within legends. Part of that expansive pony-car legacy is the Ford Mustang Cobra Jet, a quarter-mile-eating monster that first terrorized competitors on the drag strip 50 years ago. Given the impending return of the Mustang Bullitt and eventual return of the Mustang Shelby GT500, it’s fair to say that Ford’s feeling nostalgic for the olden days of late. This trend continues with the announcement of the 2018 Ford Mustang Cobra Jet.

The new Mustang Cobra Jet is being projected to be the most powerful and quickest ever built. Initial estimates have the Ford Performance-built drag race car making a quarter-mile in around 8.5 seconds and hitting a 150-mph top speed.

“From the very first Mustang Cobra Jets dominating the 1968 NHRA Winternationals to our modern-day Cobra Jet racers, the Ford Performance Parts team continues to build the Cobra Jet brand based on its success at the track over five decades,” said Eric Cin, global director, Ford Performance Parts. “That, in turn, has inspired generations of Mustang fans to create their own performance machines for the street.”

The 2018 Ford Mustang Cobra Jet will be offered in either Race Red or Oxford White, and each will be offered with a special graphics package that celebrates the 50th anniversary of the namebadge with commemorative graphics and badging. Final ordering information and product specs are set to be revealed later this summer.