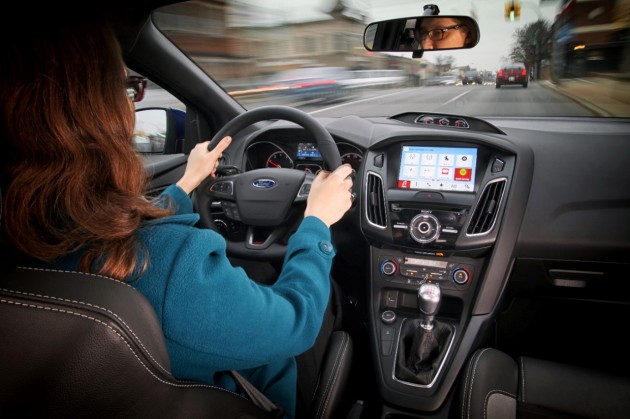 Ford has revealed SYNC 3, the next incarnation of its in-vehicle infotainment system that seeks to improve upon the outgoing system based on customer feedback.

“Ford is delivering an easier way for customers to stay connected,” said Raj Nair, Ford chief technical officer and group vice president, Global Product Development. “SYNC 3 is another step forward in delivering connectivity features customers most want, and they tell us this kind of technology is an important part of their decision to buy our vehicles.”

AppLink integration is also significantly improved with automatic app discovery and customized display, as well as easier access and integration for app developers.

In addition to over-the-air Wi-Fi software updates, new enhancements include Siri Eyes-Free integration for iPhone users and improved 911 Assist, the latter of which automatically sends information to emergency services in the event of an airbag deployment and uses the Bluetooth connection to a driver’s cell phone to automatically call 911.