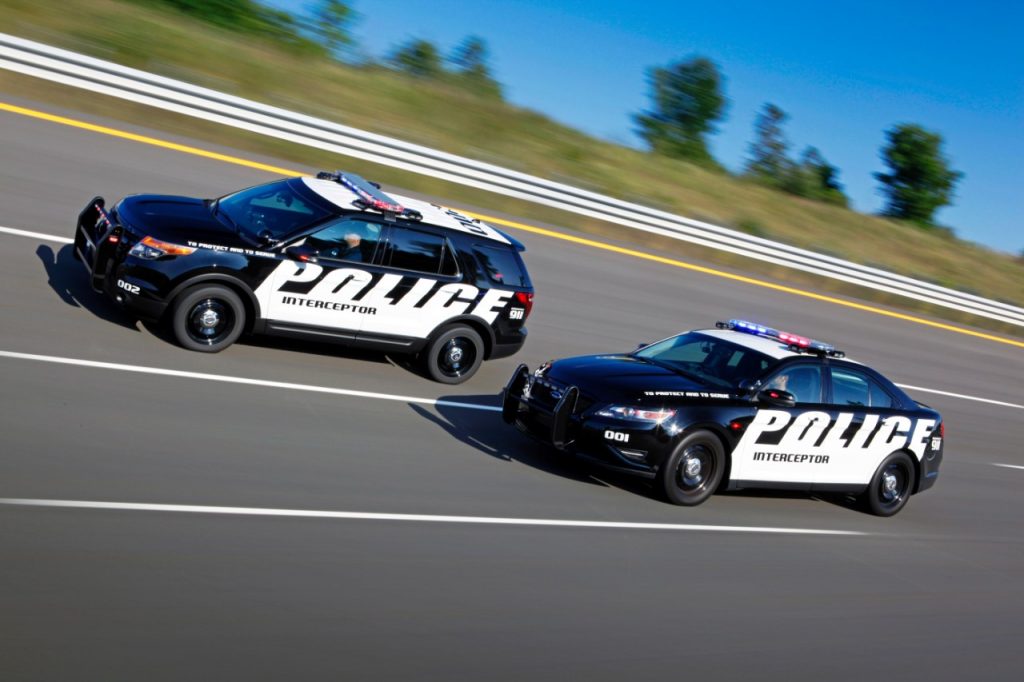 The Ford Taurus Police Interceptor is the fastest LEO vehicle according to testing by the Michigan State Police.

Ford, not shying away from a little friendly competition amongst other LEO vehicle providers, has announced that testing by the Michigan State Police shows that their Ford Taurus Police Interceptor is faster than both the Chevy Caprice V8 and Dodge Charger with a HEMI V8.

“Agencies tell us if the bad guys see the police vehicle quickly close in pursuit, they’re less likely to try to run,” Ford chief engineer Bill Gubing told The Detroit Free Press.  “If this can help reduce the number of high-speed chases, then we could improve public safety on our nation’s roads.”

The Taurus Police Interceptor, powered by a 3.5-liter EcoBoost V6, clocked a 0 to 60 time of 5.66 seconds, beating both the Charger and Caprice handily.  Ford also beat its competitors in the 0 to 100 test by a full second on average.

With much of the LEO market still available for the taking in the wake of the Ford Crown Victoria’s discontinuation, the automaker is looking to sweeten the pot for police departments nationwide.  In addition to being faster, Ford announced in September that the Taurus Special Service Sedan–more intended for day-to-day police work than for high-speed pursuit–is expected to boast best-in-class fuel economy with capabilities of 22 mpg city/30 mpg highway/23 mpg combined.  Fast and efficient, Ford is staking its claim as the go-to choice for police officers everywhere.

Whatcha gonna do when they come for you?  Our advice: don’t try to outrun them.