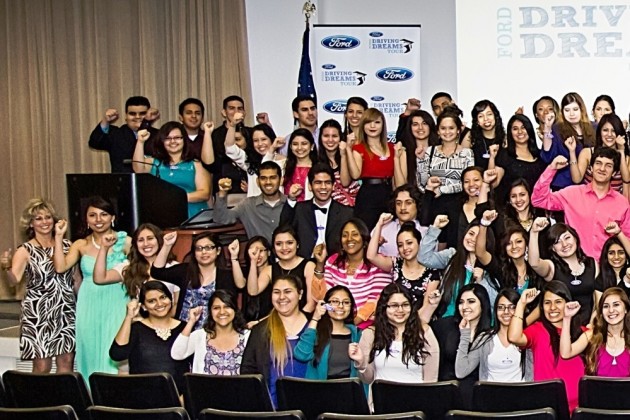 Ford and the association of North Texas Ford Dealers have awarded roughly $350,000 in scholarships and technology prizes to students from more than 100 high schools throughout the area. The funds will primarily support students who plan on attending a degree in the fields of science, technology, engineering, and math, or in a field germane to a future in the automotive industry.

The scholarship winners were announced on Thursday at a special event in Dallas. The scholarships were administered by Stars on the Rise, an education initiative by the Greater Dallas Hispanic Chamber of Commerce.

“There are so many talented students who are not able to achieve a college education due to financial limitations,” said Rick Ortiz, president of the Greater Dallas Hispanic Chamber of Commerce, “The North Texas Ford dealers and Ford Fund are doing something about this and we commend them for helping make post-secondary education a reality for our North Texas youth.”

Of the students who won scholarships or cash prizes, around 80% plan to pursue STEM degrees, and a majority of them will be attending in-state universities. According to STEM Connector’s study—Where are the STEM Students?—Texas is projected to have the most STEM jobs in America by 2018.