Ford, DAAA Team Up for Holiday Meals on Wheels Thanksgiving 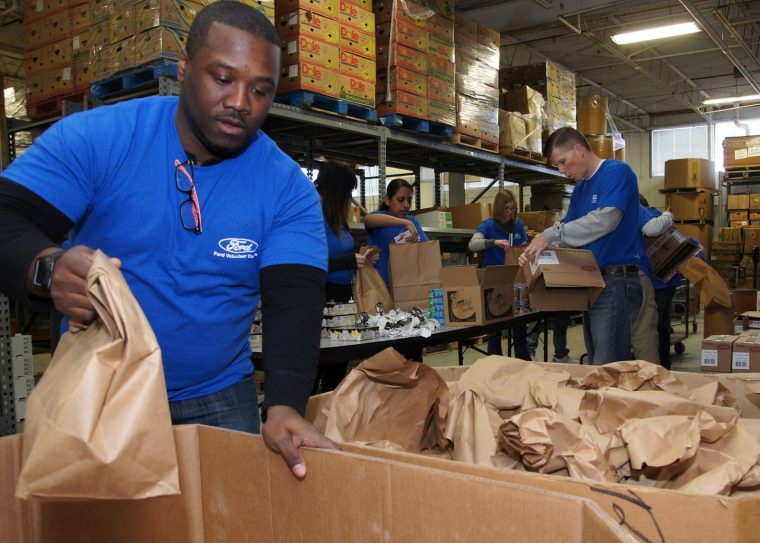 Today is Thanksgiving, and Ford is doing its part to make sure that nobody in Southeastern Michigan has to go hungry. Ford is teaming up once again with the Detroit Area Agency on Aging for the Holiday Meals on Wheels Thanksgiving initiative, donating $50,000 to provide meals to more than 6,000 homebound seniors and offering the services of volunteers for packaging and delivery.

“As we say thanks and count our blessings during the holiday season, Ford Fund is stepping up its efforts to feed the hungry as a critical first step toward making people’s lives better,” said Jim Vella, president, Ford Motor Company Fund. “Serving people by meeting the most basic of human needs is key to the Ford Fund’s mission to build stronger communities and help all people reach their full potential.”

Including this year’s effort, Ford has been a part of DAAA’s Holiday Meals on Wheels Thanksgiving for 11 consecutive years. This is just a part of what Ford has done in 2018 to curb hunger at home and abroad: Through November, Ford Fund has given more than $1.5 million to hunger relief agencies in the United States with a particular focus on its home turf of Detroit.

Nov. 27 will also mark Giving Tuesday, and Ford Fund has pledged to match donations of up to $10,000 for the six nonprofit groups included in the 2018 Ford Thirty Under 30 field. Recipients of Ford Fund’s donations include Cass Community Social Services; First Step; Habitat for Humanity-Macomb; Ruth Ellis Center; South Oakland Shelter; and United Way of Halton and Hamilton, Ontario, Canada.