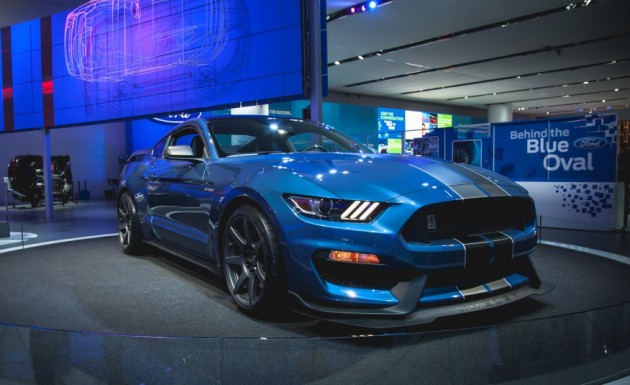 Ford has revealed that before it releases the much-anticipated 2016 Shelby GT350 and GT350R, it will release an extremely limited 2015 model year run that will include 100 GT350s and 37 GT350Rs. To help get us all excited, Ford is offering up an up close look at the suspension, brakes, and chassis of the new high-performance pony car. 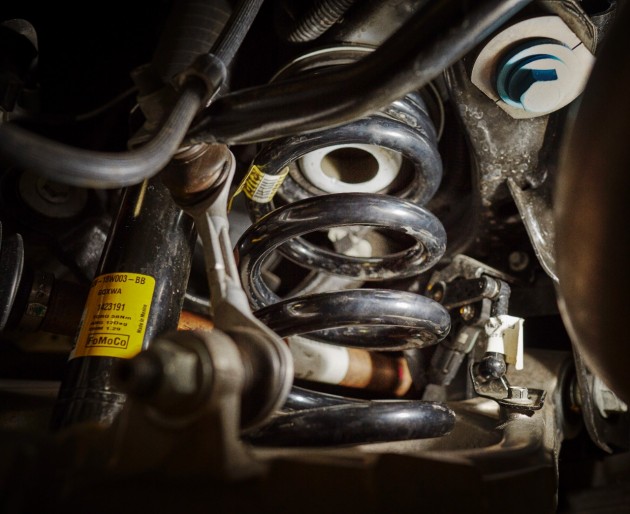 Rear springs turn in opposite direction for more control

Ford touts that the GT350 will be the first Ford to utilize a MagneRide suspension, which allows for near instantaneous adjustments based on factors up to and including steering angle, pitch, and yaw. It was also determined in the development process that having springs spin in opposite directions on each side of the vehicle creates more stability, and this unique process requires a lower control arm design.

“When you are engineering the most track-ready Mustang of all time, you can’t take any shortcuts,” says Eric Zinkosky, suspension and vehicle dynamics technical specialist. “This isn’t an off-the-shelf solution for us—we engineered every component to perform as well as possible, both on and off the track.” 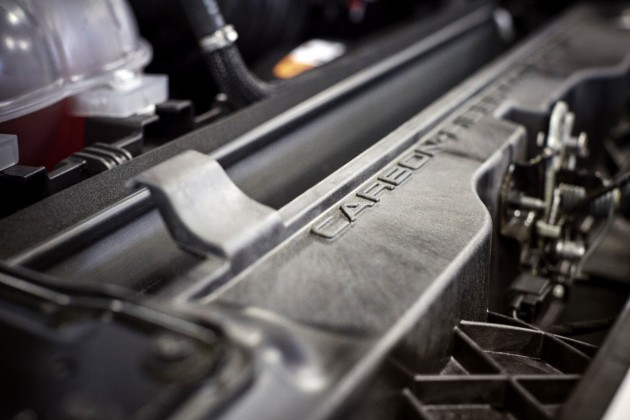 Also contributing to better balance and handling is a carbon fiber grille opening enforcement, which winds up about 24% lighter than its stamped-steel equivalent. 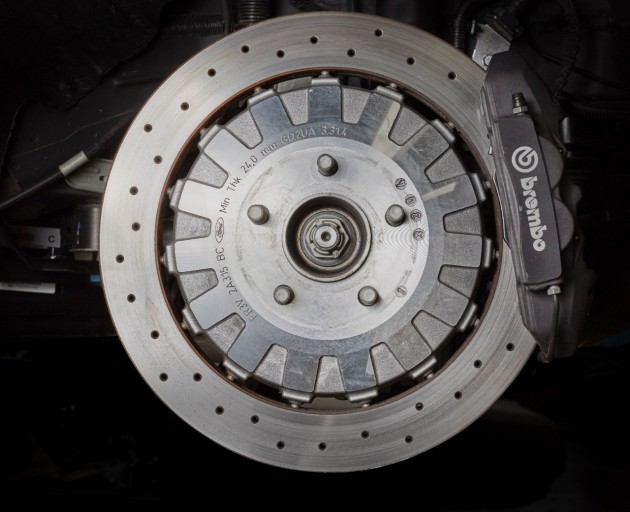 Given the power of the flat-plane crankshaft V8 (power that still has yet to be totally quantified), the Shelby GT350 also requires unparalleled stopping power. This is provided by iron rotor brakes, which performed significantly better in testing than the more commonly-used carbon ceramic rotors. Also pitching in to stop the Shelby GT350 on a dime are Pilot Super Sport tires, with Pilot Sport Cup 2 tires wrapped around the Shelby GT350R’s wheels. 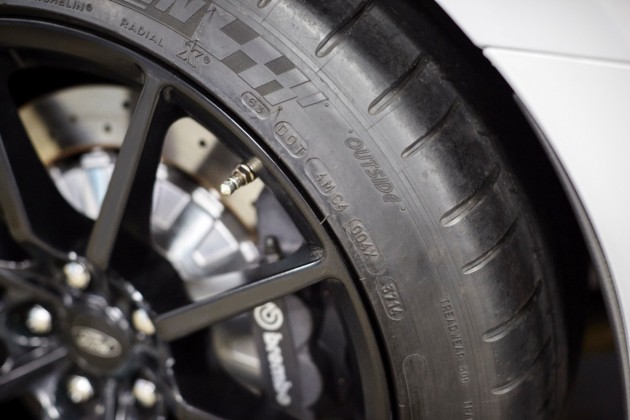