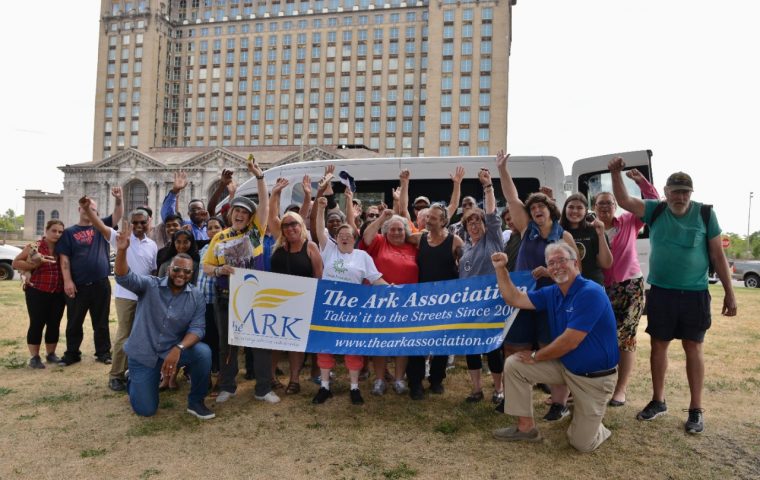 Detroit’s The Ark Association has spent every Saturday for 17 years delivering essential goods to the city’s homeless population. When the nonprofit’s vehicle broke down, Ford stepped in to make sure that The Ark could continue to fight the good fight.

Ford delivered a 12-passenger Transit van to The Ark Association co-founder and CEO Karen Gates last month outside of the southwest Detroit Ford Resource and Engagement Center. The Transit will immediately be put into service delivering food and supplies to those in need as part of The Ark’s weekly Takin’ It to the Streets outreach.

“Ford is continuing to be a good neighbor and responding to an urgent need that will make people’s lives better,” said Shawn Wilson, multicultural manager, Ford Motor Company Fund. “Our goal is to strengthen communities and many of the people served by The Ark would also benefit from the food hub, tax, legal, and other free services provided at the FREC.”

In an appropriate twist, The Ark Association’s hub for Takin’ It to the Streets is Roosevelt Park, located in front of Michigan Central Station. Ford recently completed its purchase of the station as part of its long-term plan to revitalize the Corktown neighborhood. Not only will Michigan Central Station serve as a new campus primarily dedicated to mobility innovations such as electrified and autonomous vehicles, but Ford plans to purchase 1.2 million square feet in Corktown to accommodate partner businesses, community spaces, retail shopping, and residential housing.