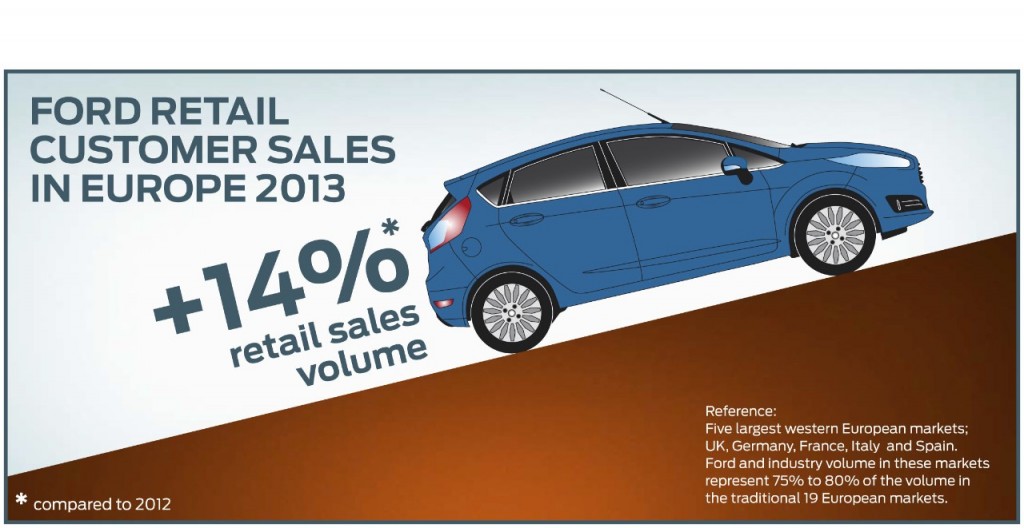 Ford of Europe has reported that 2013 was a success, with sales growth rising considerably in both retail and commercial sectors.  Ford Europe 2013 sales were strong enough to improve the automaker’s retail market share by a whole percentage point  and maintain their grasp on the title of second-best selling brand in all of Europe for a sixth consecutive year.

Ford Europe 2013 sales climbed 14 percent from a retail perspective, which helped grow Ford’s retail market share to 8.2 percent.  Ford’s retail market share has climbed in each of the last 11 months, and every Ford model managed to increase its share in its respective segment.  Much of this can be contributed to Ford’s determination to keep their model lineup fresh.

“Our retail success demonstrates the importance of continuing to invest in new vehicles even in the most difficult economic environments,” said Stephen Odell, President of Ford Europe, Middle East, and Africa, in the automaker’s press release.  “Forty-three percent of all Ford vehicles sold in Europe last year were either all-new or significantly freshened models.” 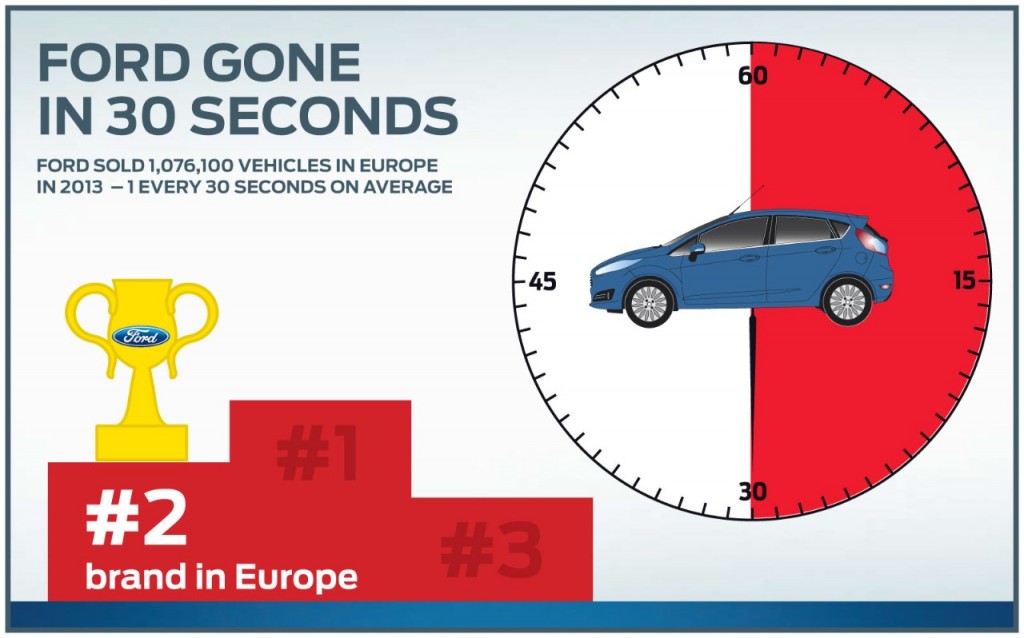 Commercial sales also rose for Ford in 2013; sales volume was up 6.4 percent, and it controlled a 9.2 percent market share, which is the highest total Ford has enjoyed since 2007.  Overall, Ford sold 1,076,100 vehicles in Europe, which equals out to about a vehicle every 30 seconds.

In the UK, Ford enjoyed its 37th consecutive year of car sales leadership and its 48th-straight year for commercial vehicle supremacy.  Germany was the second leading market for Ford Europe 2013 sales, with Turkey, Russia, and Italy rounding out the top five.

“We are determined to build upon the solid foundation we’ve built in 2013. We have one of the strongest vehicle lineups in the industry, and we will further strengthen our range during 2014,” said Roelant de Waard, Vice President, Marketing, Sales and Service.

Brought to you by Hemborg Ford in Norco, California.