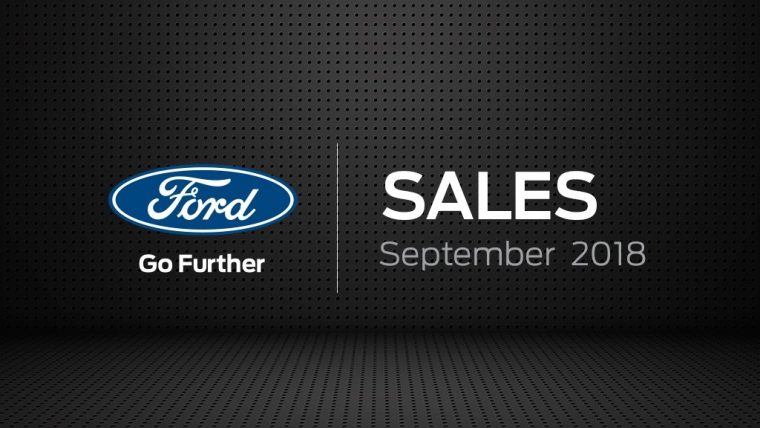 Ford Motor Company of Europe delivered 119,000 vehicles in September across its traditional 20 European markets, down 8.2 percent from sales in September 2017. Ford maintained its standing as the continent’s top commercial vehicle automaker with 41,500 vehicles sold in September — up 7 percent year-over-year — bringing its to-date total to 285,800 vehicles through the first three quarters of the year.

Guiding Ford’s commercial vehicle uptick was the Transit, which delivered a September record with 27,800 registered in the Euro 20. Also helping out was the Ranger, which remains the best-selling pickup truck in Europe with 6,100 delivered, good for its best September sales total since launch.

“The industry is down in September as a number of manufacturers pulled ahead sales of Stage 6.1 vehicles in August,” said Roelant de Waard, vice president, Marketing, Sales, and Service, Ford of Europe. “Ford has free supply of the latest emissions levels and did not need to force-register surplus stock, resulting in the growth of our passenger car and commercial vehicle market share last month. Customer reception of the all-new Ford Focus in particular has been outstanding.”

Other highlights in September include a 9 percent increase for SUVs, which now account for 20 percent of all Ford vehicles sold in Europe, and a 74 percent mix for high-series vehicles like the Titanium and ST.